How I Developed The Next-Gen Prostate Biopsy System 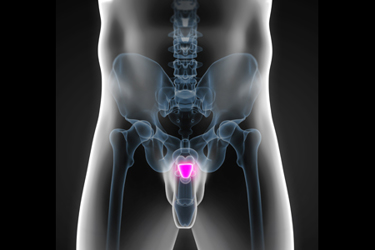 Prostate cancer is the most common cancer in American men. Once prostate cancer is suspected, either through increases in levels of prostate-specific antigen (PSA) or a confirmatory MRI, a prostate biopsy is required to establish a diagnosis. The transrectal biopsy has been the standard of care for several decades, but it has limitations and presents several risks.

With this approach, a urologist passes a needle through a patient’s rectum to access the prostate, putting patients at risk of infection from fecal matter that can be introduced into the prostate with each pass of the biopsy needle. (The transrectal biopsy typically requires 12 needle sticks through the rectum to access the prostate for biopsy samples.) Generally, patients are given antibiotics to reduce the risk of infection, but due to societal overuse of antibiotics, up to 25% of bacteria are antibiotic resistant.1 Approximately 1 to 6% of patients worldwide develop an infection resulting in hospitalization due to these infections, called sepsis.2 Sepsis is a serious complication of infection and between 12 and 25% of cases are fatal.3 Other potential complications of the transrectal biopsy are rectal bleeding, temporary inability to urinate, pain, and erectile dysfunction.4

Another concern with the transrectal approach is the limitations in sampling the entire prostate. Up to 30% of cancer is either not identified or misclassified.5 Missing the cancer often leads to repeated biopsies, putting patients at risk once again of the associated complications. Misclassification could also result in patients being treated as having low-risk disease, when in fact, they harbor higher-risk disease that requires active treatment.

As a practicing urologist, I decided one day that these risks were unacceptable for my patients, and I would never do another transrectal biopsy. I knew there must be a better approach.

The Potential Of The Transperineal Approach

In early 2000, urologists retrofitted a brachytherapy grid-stepper and instead of using this to deposit radioactive seeds into the prostate, the biopsy needle was inserted to gather tissue samples. This method dramatically improved accuracy and eliminated the need to go through the rectum; however, the procedure can take up to 1 hour and requires general anesthesia. In addition, a patient’s perineum is punctured up to 60 times, resulting in a new set of potential complications.

How I Approached The Biopsy System Development Process

To address the risks associated with past methods, I developed a device and surgical method called the PrecisionPoint™ Transperineal Access System. This system uses a safer route for taking samples of the prostate by passing a biopsy needle through the perineum instead of the rectum. From there, the prostate is sampled thoroughly, with patients only experiencing two needle sticks and little or no discomfort. With this system, the risk of infection is reduced significantly (to nearly 0%) and it eliminates the complications of the transrectal approach.6

While my primary focus in developing the device was to eliminate the risk of infection for patients, another equally important benefit is that this system allows urologists to better access hard-to-reach areas of the prostate, including the anterior portion, resulting in nearly 30% better cancer detection rates.7

It is important in developing any device to keep the end user top of mind throughout the process. As a urologist, I knew that a new disruptive device would challenge the status quo of the prostate cancer biopsy landscape and thus it would need to be simple, reproducible, and easily taught for other urologists to be willing to adopt the technology. I would also need to distinguish the device from other technologies currently available – when most urologists hear the term transperineal, they imagine a grid-stepper and a complicated 1-hour procedure that presents several complications.

At first, I came up with a free-hand transperineal biopsy where I simply put a biopsy needle through a guiding needle and inserted it into the perineum. This was better than the transrectal approach but there was a significant learning curve with this technique, and it could not be standardized. It would take years of trial and error to develop the final design of the device, and during this time I faced challenges in taking any ideas from concept to prototype. Given that I did not have any engineering experience, it was key that I do my due diligence in finding third-party vendors and 3D printers to work with to make my ideas come to life.

Although the clinical objectives of PrecisionPoint posed several engineering challenges, they were satisfied by marrying design complexity and functional simplicity. The final system, designed and manufactured in the U.S., consists of three key components: an adjustable clamping mechanism, stabilization bars, and a carriage (with needle).

The components of the system allow clinicians to perform a transperineal biopsy free-handed, while being able to manipulate the biopsy needle in symphony with the ultrasound probe and have full control of the biopsy process. They can target the desired locations with certainty in a strategic and parallel direction. They are not restricted to biopsy locations as seen with a grid-stepper configuration. The free-handed technique also employs hand-eye skills intuitive to clinicians already performing transrectal biopsies, which often results in a short learning curve.

My system is also much more cost effective than a traditional biopsy system, because it replaces the outdated grid stepper approach that requires the use of a large and expensive contraption and the need for general anesthesia and more support staff.

This new innovative system changes the paradigm of prostate cancer detection. It brings a more thorough, streamlined, cost-effective, and safer approach to prostate biopsies to urologists. It also makes it possible for urologists to perform a transperineal prostate biopsy in an office setting (using local anesthesia) without the need for operating rooms and costly hospital resources. But most importantly, increased cancer detection rates, reduced rates of infection and complications, and improvements in patient satisfaction make this innovative device essential to modern urology practice.

Matthew J. Allaway, MD, is the founder and president of Perineologic, an innovative medical device company focused on developing and delivering technology to improve the safety, precision, and efficiency of healthcare options primarily in the field of urology. Many of the company’s philosophies and attitudes regarding patient care resulted from Allaway’s own personal battle with cancer, including his decision to become a urologist. He has been a practicing urologist and managing partner at the University of Pittsburgh Medical Center’s (UPMC) Urology Associates in Cumberland, Maryland, for about 20 years, with a focus on prostate cancer and female urology. He completed his residency in urology and surgery as well as his internship at West Virginia University. Allaway earned his doctorate degree from Midwestern University and his Bachelor of Science degree from Illinois Benedictine College.