How To Adapt To Changing Single Parcel Testing Standards 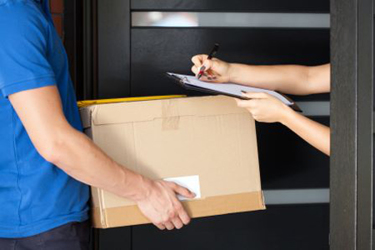 As of 2019, neither the International Organization for Standardization (ISO) nor the U.S. Food and Drug Administration (FDA) recognizes ISTA 2A as a package performance testing standard. Nonetheless, many medical device companies have historically relied on the ISTA 2A protocol, first introduced in 2011.

However, more modern testing standards developed by both International Safe Transit Association (ISTA) and ASTM International (ASTM) allow manufacturers to customize some testing criteria, such as levels, sequences, and orientations, to better evaluate specific, real-world conditions of their packaging and distribution environments. This ability to adapt portions of the testing protocol to suit specific needs has brought these newer standards to the forefront and caused ISTA 2A to fall out of favor.

Thus, companies still relying on ISTA 2A will need to establish new testing standards for submissions in 2020 and beyond. Exactly which testing standards these brand owners should adopt remains a matter for discussion, though, as the FDA and ISO have their own lists of recognized package performance testing standards.

The FDA and ISO package performance standards refer to single parcels: individual packages containing a single large item, not sent as part of a skid or pallet. It may be helpful of think of a single parcel as a typical package that UPS, FedEx, or similar services might deliver.

This type of package typically experiences the “worst case” distribution environment, where it is manually handled, stacked, and shipped multiple times in situations that the manufacturer doesn’t control. In the single parcel distribution environment, a package can undergo a variety of stresses as it’s moved and stacked on top of, under, or alongside other packages of varying sizes, shapes, and weights.

The single parcel stage of shipping is typically the last leg, when the package moves from the distribution warehouse to its final destination, likely a healthcare provider or individual consumer. For brands with medical devices that may be fragile and/or need to remain sterilized throughout distribution, especially, packaging must be engineered and tested to ensure it maintains integrity throughout this unpredictable final stage.

What is Package Performance Testing?

Brands seeking to understand how they should choose new testing standards for their packaging must first understand what package performance testing is and why it’s important.

ISO 11607-1: 2019 is a set of requirements for materials, sterile barrier systems, and packaging systems. It includes four key requirements for testing systems intended to preserve the sterility of terminally sterilized medical devices through the point of use:

What Are the Recognized Standards?

While the ISO and FDA each maintain their own lists of recognized package performance testing standards, there is a good deal of overlap between the two. Each was developed by either the ISTA or ASTM. These common standards include:

When deciding which testing standard is best for a specific product, it’s important to consider not only the product, but the conditions it may endure throughout the distribution process.

The full name for the outgoing standard is ISTA 2 Series Partial Simulation Performance Test Procedure (ISTA 2A). As its title states, it is not considered a full simulation testing series; it is a combination of the most basic test series (ISTA 1) and a portion of the tests found in other ISTA testing standards.

ISTA 3A, developed in 2018, is a more robust series of tests specific to individual packaged products shipped through a parcel delivery system (FedEx, UPS, etc.). The tests cover packages weighing less than 150 lbs. and in four common configurations: standard, small, flat, and elongated.

ASTM D4169 Performance Testing of Shipping Containers and Systems is divided into 15 Distribution Cycles (DC) meant to simulate the different conditions a package may encounter as it travels downstream through the supply chain. It is the most-used guideline in the medical device industry. Included among its 15 cycles are DC 13 — the most common cycle, which simulates air and motor freight conditions — and DC 2, a custom cycle specified by the user for unique circumstances its package may encounter.

Each test under the D4169 standard is broken into three Assurance Levels (AL) for selection of test intensity, with ALI featuring the most intense conditions and ALIII featuring the least. ALII is used most commonly, but the other levels may be used when dictated by special conditions.

ASTM D7386 Performance Testing of Packages for Single Parcel Delivery Systems is divided into four standards for different package types: TS1 for small packages, TS2 for large/flat packages, TS3 for long/narrow packages, and for TS4 all others. Testing under D7386 is similar to testing under ISTA 3A, with additional elements common to D4169.

Considerations Before Making A Change

The key factor to consider when changing testing standards is the reason you want to make a change — beyond the fact that ISTA 2A is no longer considered a viable option.

A brand may need to update its testing standards if it’s distributing a new product or there is a change to the form, fit, or function of an existing product. A change may also be in order if there is a shift in distribution — for example, from over-the-counter retail to a clinical or strictly-by-prescription environment. It is also common to change testing standards based on the company’s growth or potential mergers and acquisitions; if brand’s portfolio of products changes quickly, it’s more cost effective to align them around a common standard and set of tests.

Once your internal team identifies the reason(s) behind the change, they must map out the entire process of transportation and handling, from the manufacturing facility through to the end user. This mapping process requires contributions from both in-house teams and groups outside your organization, including product and packaging engineering, warehouse and distribution personnel, and internal/external suppliers and services companies.

Third-party help can be a boon to this wholistic mapping process, as well, offering a fresh perspective on your product, package, structure, and distribution process, which can lead to a better testing profile.

The mapping process will make any special considerations unique to the product or its distribution environment clear, which is integral to choosing the best testing standard for the product or products in question.

Daren Tuttle is Director of Life Sciences at Adept Packaging, which provides packaging consultancy services ranging from packaging development management to track-and-trace implementation. He has more than 26 years’ experience leading teams in the development of packaging for life sciences and consumer products. Daren has achieved his Lifetime Certified Packaging Professional (CPP) designation and a Six Sigma Black Belt Certification. He holds an industrial engineering degree from Weber State University.