How To Design Medical Device Test Fixtures For Maximum Repeatability 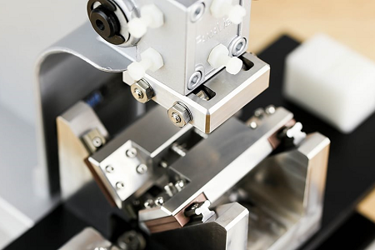 My team recently participated in a design review for a new test fixture we’re developing for one of our medical device customers. Among other things, the fixture needs to accomplish what, at first glance, appears to be a simple task: ensure a flexible shaft lies flat under a vision camera for inspection. As we presented our design concept, one of the members of the customer’s team suggested that perhaps our solution was overcomplicating the process: “We don’t need a special tool to keep the shaft flat, we’ll just have an operator rotate it by hand until it sits flat on the table.”

In a way, the customer was right. An operator could rotate it by hand until the shaft lay flat. However, would the second device be the same amount of flat as the first device? What about the third device and the fourth? And what if, heaven forbid, a new operator was to take over at some point — would he or she be able to produce the same level of flatness as the original operator? And even if they were, what if they successfully completed this round of testing, then six months later needed to repeat the testing — would they be able to duplicate the same manual technique they used the first time? Probably not.

Test fixtures and inspection equipment are only useful to the extent that they produce accurate, repeatable data. In fact, flawed test fixtures that don’t produce such data can be more harmful to the program than if the test hadn’t been performed at all. Mark Twain once said, “It ain’t what you don’t know that gets you into trouble. It’s what you know for sure that just ain’t so.” Amen, brother.

The test fixtures and equipment your teams need to use are the ones that eliminate the element of human variability from the process. Push a button, pull a lever, position a part and the same thing happens. Every. Single. Time. Without this level of repeatability engineering teams cannot be certain their device is performing correctly: Is it the device that’s giving us these numbers? Or is it the test equipment? A good fixture should simply be a conduit through which the device’s actual performance flows, unaltered in any way. Test fixtures are a human’s way of seeing, in data form, how closely a device actually performs relative to its intended performance.

Back to the story of our customer. The reason they suggested not needing this particular mechanism (that ensured the same flatness was achieved every time) was to reduce the cost of the fixture. Fair enough; removing the mechanism would have resulted in a lower-cost fixture. But is the goal to reduce the cost of this particular fixture? Or is it to minimize the cost associated with the overall program? Most likely, the latter. History tells us that an “economical” fixture that shifts some of the responsibility from the machine to the human operator will, in the end, cost more money than it saves. The test results will be erratic, time will be spent troubleshooting, the gage R&R will fail, and ultimately a fix will need to be implemented that should have been included in the original design.

For most medical device companies, schedule is king, and slipping the schedule is expensive – a  lot more expensive than the cost to ensure the fixture is designed in a repeatable fashion the first time. My high school English teacher used to tell us “that which is easy to read was difficult to write,” and I have found this to be true in designing products and equipment, as well. So, when you’re in the design review and the rest of your team tells you it’s good enough as is and that you shouldn’t spend more time on that last feature because the operator will figure out some way of accomplishing the same thing…beware.

Let’s explore a few techniques by which your team can minimize the risk of fixtures that don’t produce repeatable results. Here are a few to consider:

In our experience, by far the biggest source of variability is the human operator. The more your team can do to remove human interaction, the closer your fixture will come to absolute repeatability. This isn’t because technicians aren’t careful or capable of following instructions, it’s simply because our clumsy human paws lack the programming and dexterity to produce high-precision movements, let alone to do so repeatably.

Let’s do an experiment: Pick up a pencil and draw a perfectly straight line. You can’t do it, can you? No matter how good you are, that line isn’t going to be perfectly straight. Now, get a ruler or straight edge and use that as a tool to draw that straight line. Ahh…that looks much better, doesn’t it? Using a fixture that requires significant human intervention is like trying to draw a straight line without a ruler. We’re just not equipped to do it.

Screws Instead of Dowel Pins

Screws were never meant to be high-precision locators. Typical clearances between screw ODs and their mating holes are in the .010” to .015” range. For some environments, this may be sufficient, but if you’re really going for high precision and repeatability, this is too much of a gap. A better way to locate your part is to use dowel pins (two is enough) for the x-y plane alignment, then something else to hold the part in the z-direction (could be a screw, or perhaps a toggle clamp).

Pro tip: One dowel should locate in a mating hole and the other in a short slot. Locating both of the dowels in holes overconstrains them — the first hole will already constrain the x-y direction, and the slot will constrain rotationally in the z axis. For more on the use of dowel pins in test fixtures, check out this video:

Oftentimes teams will cobble together a holder for their device to position it carefully within the test system (e.g., Instron machine, etc.). We have commonly seen flat blocks of aluminum, t-slot extrusion constructions, toggle clamps, v-blocks, and even tape used as makeshift holders. For a quick and dirty R&D evaluation, this might be okay, but for formal testing, a holder with “unambiguous” holding geometry should always be used. This ensures the device can only be placed in the holder in a SINGLE position and a SINGLE orientation.

The way we typically do this is with a Boolean material removal feature in our CAD program that uses the actual shape and surface of the device to cut out a perfectly contoured cradle in the holder. The device will then nest inside this cradle, and at that point a toggle clamp can be used to prevent it from being lifted up unintentionally. This ensures the device is in the same position every time a test is performed.

There are other sources of variability, such as loose manufacturing tolerances or simply not starting the design with a robust understanding of the problem the fixture needs to solve, but the three most common and largest contributors to fixturing variability in our experience have been those listed above. If there is only one thing you take from this article, make it this: Don’t use a human when a machine or a tool can do the job. People are the biggest source of variability.

Aaron Moncur has been developing new products & equipment in the medical space for over 15 years, and is the founder of Pipeline Design & Engineering. His experience and expertise range across a broad spectrum of roles from mechanical design engineer to project manager to business owner, and he has led teams developing consumer products, medical devices, and custom equipment for medical device engineering teams. He holds a B.S. in mechanical engineering and an M.S. in bioengineering.