How To Navigate Clinical Data Per EU MDR 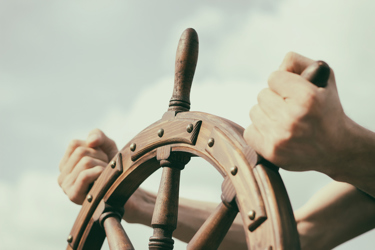 In May 2017, the European Medical Devices Regulation (MDR) 2017/745 was published to replace the current Medical Device Directive (MDD) and the Active Implantable Medical Device Directive (AIMDD). In April 2020, the European Parliament adopted the European Commission’s proposal to postpone the Date of Application (DoA) of the MDR by one year, and as such, the new DoA is May 26, 2021. It is worth noting that the end of the transition period for MDD and AIMDD certificates remains May 26, 2024, thus reducing the timeline for manufacturers to get their MDR certificates from four to three years.

The MDR lays out in several articles and in Annex XV the regulatory requirements for a clinical investigation in the European Union (EU). The content in Annex XV is aligned with the requirements of the ISO 14155 standard, Clinical investigation of medical devices for human subjects — Good clinical practice. The latest revision, ISO 14155:2020, was published last year.

A relevant source for clinical data under the MDR continues to be published articles in scientific journals. Mantra et al. found in a systematic review that the published literature in the field of orthopedics had doubled between 2000 and 2011. They also saw a tenfold increase in the number of published meta-analyses, with 43.6% of a high quality.1

However, despite the increased quantity and quality of published literature, it cannot automatically be concluded that there is sufficient clinical data published for every medical device. In fact, the majority of medical devices are not covered in scientific literature and not every pre- or postmarket clinical study conducted by a manufacturer is published. This is especially true for medical devices with small market shares or for those that are based on an already known design principle that might be of less scientific research interest for a physician.

We also see a focus in research interest on new technologies (e.g., device coatings) or surgical techniques (e.g., minimally invasive procedures), but not every publication contains the clinical data a manufacturer might need to demonstrate conformity with the General Safety and Performance Requirements (GSPRs) laid down in Annex I of the MDR.

Literature data needs to come from a comprehensible and reproducible literature search that will be challenged by the Notified Body. The MEDDEV 2.7/1 (Revision 4) guidance document, published in 2016, provides an up-to-date scientifically valid guidance on how to conduct a literature search in Appendices A4 and A5.

Under the MDD/AIMDD, the majority of medical devices received their initial CE mark via demonstration of equivalence to an already marketed device. Unfortunately, a certain number of devices failed to demonstrate the same level of safety and performance as the claimed equivalent device in the postmarket setting and had to be recalled from the market. A 2016 publication found a higher rate of postmarket safety alerts and recalls for devices first approved in Europe compared to devices first approved in the U.S.2

That has led to a more stringent requirement for claiming equivalence in Article 61.5 of the MDR. The equivalence route is still feasible, but it is no longer possible to demonstrate equivalence solely on a descriptive comparison of the two devices. The MDR requires manufacturers to demonstrate a sufficient level of access to the data pertaining to the proposed equivalent device.

For implantable and class III medical devices, a contract is required to allow full access to the technical documentation of the equivalent device. Notified Bodies will challenge manufacturers to provide that in-depth level of access. To clarify some uncertainties in the equivalence demonstration, the MDCG 2020-5 guidance document was published in 2020.

Legacy Devices Under The MDR

Per definition, every medical device marketed under the MDD/AIMDD is considered a legacy device. Since there is no grandfathering, legacy medical devices will need to go through the same initial MDR conformity assessment procedure as novel devices.

In the past, the requirement to collect sufficient clinical data was not always followed strictly, and some devices with long market histories ended up not having sufficient clinical data to make the successful transition to the MDR. To avoid a potential negative impact on the healthcare industry in Europe due to a shortage of medical devices, the MDCG 2020-6 guidance document on sufficient clinical data for legacy devices was published. This guidance includes a definition of devices that could be considered well-established technology that might rely on clinical data from the state-of-the-art to demonstrate conformity with the GSPRs. Corresponding to the equivalence route, a manufacturer would need a specific postmarket clinical follow-up (PMCF) activity to confirm that the device fulfills the GSPRs.

Postmarket Clinical Follow-Up Under The MDR

The MDR now includes a higher scrutiny of clinical data in the postmarket setting. Depending on the risk class, a manufacturer must provide a summary of the postmarket data and an updated benefit-risk analysis coming from a partially updated clinical evaluation annually or biannually in a Periodic Safety Update Report (PSUR). For implantable devices, these PSURs shall undergo a mandatory assessment by the Notified Body that issued the EC-Certificate. This higher scrutiny increases the obligations on the manufacturer’s side to confirm safety and performance of the devices.

This higher post-market scrutiny, together with the required vigilance system, might provide a tool to detect implantable devices that are not in conformance with the state-of-the-art and recall them from the market earlier. Via the EUDAMED database, Notified Bodies and Competent Authorities will receive regularly updated postmarket data via the PSUR.

The MDR now specifically includes device registries as a source for real-world data in the postmarket setting. Per definition, a registry is a data collection that does not have a specific endpoint and includes all patients treated with a specific medical device or procedure. Since a PMCF study is subject to certain limitations, e.g., a limited number of patients and potential bias by selecting a high-volume hospital, a registry can be a valuable source for long-term clinical data. Sherman et al. stated in 2016 that for medical devices, clinical studies have their limitations compared to the real-world setting.3

With the increasing demand for more long-term data from physicians and legislators in Europe, implant registries, like some national joint registries in Europe, started collecting patient-reported outcome measures (PROMs) besides the sole implant survival rates. Even when a medical device is covered in a register, there could still be unanswered questions that might require an additional PMCF study.

In summary, the new EU MDR leads to increased scrutiny to get novel devices CE marked and to keep legacy devices on the market. It is expected that there will be a smaller number of medical devices on the European market due to the obsoletion of devices when manufacturers reassess their portfolios in the transition from the MDD/AIMDD to the MDR. It is expected that the MDR will be an instrument for increased patient safety in Europe due to the imposition of more stringent requirements to collect clinical data and the higher scrutiny in the postmarket setting.

Matthias Fink, M.D., is TÜV SÜD America’s global team leader for the Ortho, Trauma and Dentistry Team at the Clinical Centre of Excellence as well as team manager of the Clinical Focus Team North America. A board-certified orthopedic and trauma surgeon, he has 17 years of experience in orthopedic, trauma, and reconstructive surgery and extensive training in cardiovascular and thoracic surgery. Prior to joining TÜV SÜD America, he was a clinical reviewer for the Clinical Centre of Excellence at TÜV SÜD Product Service in Germany.