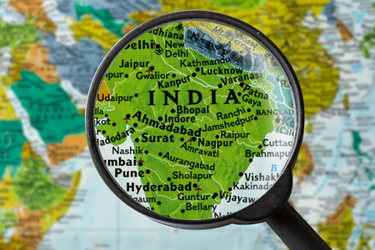 While recent news about India and healthcare has focused on the COVID-19 pandemic crisis, another development deserves the attention of medical device makers. In the Indian federal government’s budget for the current fiscal year, Finance Minister Nirmala Sitharaman announced an astounding 137% increase in spending for health and well-being, raising the annual amount to over $30 billion. Only a small portion of that increase, $4.5 billion, was attributed to the pandemic (which has since received substantial additional allocations, outside the scope of this article). This article focuses on the $8.2 billion portion of the budget allocated for the prime minister’s Healthy Indian Plan, which affects medical device developers.

Keep in mind that most middle- and upper-class citizens of India still spend out of pocket for the majority of their healthcare, including hospital expenses. Private insurance and employer-provided healthcare are growing as well but cover mostly entrepreneurs and employees of larger organizations. Many state governments, such as Tamil Nadu and Kerala in south India, have their own programs to cover large swaths of their populations, since health is a considered a “state” subject in India’s federal structure. Nonetheless, the “central” or “union” government, as the federal administration is called, has immense power.

The prime minister’s Healthy Indian Plan is for the development of primary, secondary, and tertiary healthcare sectors. It also helps to strengthen existing national institutions, create new institutions, and detect and cure new diseases. In addition, the budget includes the establishment of 17,000 rural and 11,000 urban health and wellness centers.

This presents an opportunity for high-volume, low-cost devices suitable for the demanding environmental conditions in India. This includes devices such as basic patient monitors (for temperature, blood pressure, oxygen saturation), otoscopes, and blood test machines, all designed with modern low-cost sensors and connectivity to smart phones; devices that are trivially easy to learn, simple to use, reusable rather than disposable, easy to sanitize, and can work in a society with two dozen official languages. India has a huge need for reliable detection of diabetes, tuberculosis, hypertension, cholera, typhoid, malaria, dengue, chikungunya, and more. It needs devices that can survive power outages, heat, dust, and high humidity. Secondary centers could use similarly robust hospital beds, respiratory support devices, and IV infusion. American and European companies often design products that assume a milder environment, relatively stable electric power, and air-conditioned clinic or hospital settings, without a lot of portability; such products tend to fail early in markets such as India. This will be exacerbated as the new spending drives expansion into smaller towns and rural areas.

Medical device makers generally hailed1 the new budget, such as Dr. Shravan Subramanyam, managing director of Wipro GE Healthcare. “Our endeavour for the past 30+ years has been to ensure quality and affordable healthcare is accessible through our local manufacturing, R&D, digital, and skilled efforts. We wish to partner with the government, especially during early intervention in the areas of mother and child, cardiology, oncology, and trauma and stroke.”

A. Ganesan, group vice chairman, Neuberg Diagnostics, envisioned, “the entire value chain in the healthcare sector will gain new momentum and will see major collaborations amongst stakeholders.”1 Similar sentiments were expressed by the India head of Roche Diagnostics, Narendra Varde.

Building critical care wings in government hospitals in 602 counties and 12 central medical institutions is also part of the plan, along with operationalizing 50 health units at international points of entry – airports, harbors, and land crossings. These create opportunities for ICU and CCU units, devices to support cardo-thoracic procedures, dialysis support, blood banks, respiratory support devices, rapid diagnosis of infectious diseases, and more. Facilities at international points of entry need to meet global expectations in terms of quality, speed of operation, and reliability. India is trying to be an attractive destination for both global business travellers and tourists, so its major airports will be compared with Singapore’s Changi and Chicago’s O’Hare.

Historically, public expenditure on healthcare in India hovered at 0.3% of GDP and this year’s budget takes it up to 0.7%. The government stated2 that it will provide 2.5% of the GDP for health by 2025. Even if these ambitious plans don’t fully materialize, readers can be assured that even modest further increases in government spending will cause the medical device market to burgeon.

“This budget provides a much-needed boost to health, nutrition, sanitation, and pollution control, all of which will contribute to improved health and well-being. Primary healthcare is receiving more support.The strengthening of the disease surveillance system across the country and entry points to the country as well as the laboratory capacity in all districts is also needed for pandemic prevention and epidemic response,” said Dr. K. Srinath Reddy, founder, Public Health Foundation of India.3

I fully expect that the rising tide of government expenditure on healthcare in India will raise all boats. India is home to hundreds of thousands of small doctor-owned hospitals that will seek their own upgrades, as many patients initially treated at the government’s primary and secondary care facilities will turn to these local, flexible facilities for ongoing care and advanced procedures. The pool of patients whose health and livelihood can be restored will increase as a result of better primary care and these patients will live longer lives, meaning they will need care for lifestyle diseases such as obesity, organ dysfunction, stroke, etc. India has always been a magnet for medical tourism from surrounding countries and as more tertiary facilities upgrade their offerings, tourism sites will expand from dozens to thousands over the next decade.

Nimble medical device players from all over the world have a chance to benefit from these changes to India’s healthcare ecosystem.

For additional sources discussing the new healthcare budget in a broader view, read here or here.