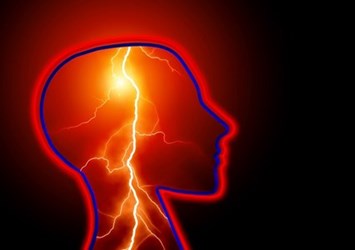 By bypassing damaged parts of the brain with a prosthetic device, scientists believe they may be able to restore a patient’s ability to create long-term memories. Research from the University of Southern California (USC) suggests that short-term memory signals in the brain could be translated into long-term signals using a computer algorithm.  The approach has tested positively in animal studies and is currently being investigated for human use.

The hippocampus, a part of the brain that creates and stores memory, receives and translates electrical signals many times over before storing them.  Patients suffering from dementia often have little trouble recalling events from years before but experience difficulty in remembering more recent events due to damage or degradation of certain regions in the hippocampus.

In 2012, the team published a study in The Journal of Neural Engineering in which it demonstrated a prosthetic device restoring decision-making in primates with diminished capacity due to cocaine. The prosthetic was programmed to recognize and record neural patterns of normal decision-making in the prefrontal cortex, and then play it back when the primates were impaired.  The team’s results showed that function was not only restored, but improved by 10 percent.

Nine patients with electrodes already implanted into their hippocampus to alleviate seizures participated in the study. Researchers found that their algorithm was 90 percent accurate in predicting the translation from short-term to long-term memories without any understanding of what the memories were.

“It’s like being able to translate from Spanish to French without being able to understand either language,” Berger said in a press release.

While the prosthetic is still under investigation, the team believes it might be able to take the translated signals and send them back into the hippocampus for long-term storage.

“Being able to predict neural signals with the USC model suggests that it can be used to design a device to support or replace the function of a damaged part of the brain,” said Hampton.

A recent report by the Alzheimer’s Association estimated that 5.3 million Americans live with Alzheimer’s Disease or other dementias, and this number is projected to nearly triple to 13.8 million in the next 30 years.

The Washington Post reported that management of Alzheimer’s and other dementias cost the healthcare system $210 billion in 2013, and that cost could balloon to $1.2 trillion by 2050.