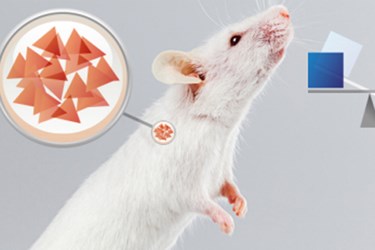 Insulin is a hormone that controls the ability of cells to absorb sugar from the blood. If it isn’t present, then the cells cannot use the glucose circulating in the blood as an energy source and must find energy in other places. Typically, this is done by burning fat reserves, which causes the liver to produce an acidic molecule called beta-hydroxybutyrate.

Eventually, too much acid is produced, and the pH level of the blood drops while sugar circulates unused. This can lead to a condition called ketoacidosis, and if it goes untreated, the condition can lead to coma or even death.

In an effort to combat this problem, a team from ETH Zurich’s Department of Biosystems Science and Engineering (D-BSSE) has bioengineered a device using renal cells that respond to the body’s internal environment. The molecular prosthesis is composed of two modules, both of which are biological and contained in implantable capsules.

One module is a pH sensor that detects whether the blood acidity is within the desired range of 7.35 to 7.45. If a deviation in insulin causes the pH to drop, the sensor triggers the second module to produce insulin.

The second module contains cells that have been genetically modified to produce insulin when a signal is received from the first module. Millions of the modified cells are incorporated into the capsules that make up these molecular prostheses.

While pH can decrease with intense exercise or heavy alcohol consumption, pH levels rarely get below 7.35 like they do with low insulin levels. Once this limit is passed, the molecular prosthesis begins producing insulin and restores proper glucose consumption to the cells in the body. This, in turn, restores the pH to its proper level, and the prosthesis is turned off.

In the researchers’ study published in Molecular Cell, results demonstrated that mice with type 1 diabetes that had received these implants were able to respond to pH changes in the blood. Additionally, the insulin levels produced by the prosthesis were similar to insulin levels maintained in healthy mice.

Methods of treating diabetes and controlling insulin are continuously evolving in an effort to make treatment regimens less burdensome and costly. Recently, nanoparticles activated by ultrasound were used to deliver insulin in vivo.