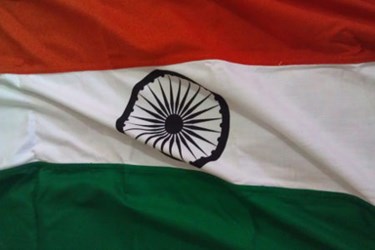 Amid reports of overcharging and bribery in the medical device industry in India, government officials there are considering imposing a maximum retail price on selected products.

India’s health ministry and the Department of Pharmaceuticals are planning to expand the price regulation oversight powers of the country’s National Pharmaceutical Pricing Authority (NPPA) from drugs to include medical devices, according to Business Standard. The NPPA currently puts a cap on 348 “essential” medications and other prescription drugs.

The pricing of medical devices in India is currently not regulated. This has led to allegations that distributors of foreign manufacturers are overcharging patients and bribing doctors to pad sales. An earlier report indicated that Medtronic, Johnson & Johnson and Abbott knew that their local distributors in India were engaged in unethical business practices, but looked the other way.

“The government is trying to work out a policy under which such practices can be brought under scrutiny,” according to Business Standard. “The current idea is to keep a tab on the margins and commissions offered by medical device manufacturers, distributors or wholesalers of these products. As well as hospitals and doctors prescribing or installing these complex devices during surgeries and other procedures such as implants and transplants.”

According to Business Standard, the planned cap might be imposed on stents, catheters, and implants. It cited that “a stent with an ex-factory cost of Rs 30,000 is sold at Rs 40,000 or Rs 45,000 by a distributor to a hospital or doctor, after including marketing and supply chain margins. However, the patient pays around Rs 1,00,000 for the same stent to the hospital.”

The International Business Times (IBT) had reported that a probe conducted by the Maharashtra Food and Drug Administration (FDA) revealed that “medical device companies sell cardiac drug eluting stents (DES) to patients at three times the cost of import price.” The agency submitted its findings to the NPPA, but it was unclear if there was any action done, the IBT said.

A Medtronic USA statement previously obtained by The Times of India said, “Medtronic has an extensive compliance program to assess the conduct of its employees and representatives, including distributors, and if necessary takes action against those who violate its policies and the law. Furthermore, our employees and representatives are provided extensive training and resources to ensure they fully understand our business conduct requirements and local laws. We do not condone nor do we tolerate improper payments of any kind, and we will continue our efforts to ensure compliance with all applicable Indian and US laws.”

Foreign companies have 70 percent of the medical device market in India, according to a report by The Boston Consulting Group cited in the Business Standard article. The sector was reportedly worth $6.3 billion in 2013, is growing annually at 10 to 12 percent, and could potentially be worth $50 billion by 2025.

Indian National Flag" by Jpoonnolly at en.wikipedia - Own workTransferred from en.wikipedia. Licensed under CC BY-SA 3.0 via Wikimedia Commons.