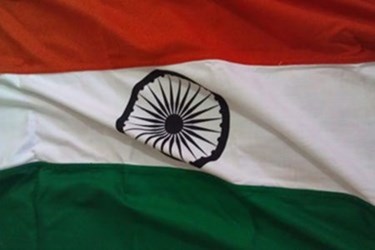 The government of India is planning to put a price ceiling on medical devices in an effort to control rising healthcare costs. The price of certain devices sold in the Indian market could drop by as much as 50 percent from current prices if the measure is implemented.

According to Hindustan Times (HT), Indian authorities want to issue a price control order similar to an existing one that caps prices on 343 critical drugs under the Essential Commodities Act. Said order could halve the cost of devices like cardiac stents and other imported devices sold at a premium in the Indian market. The health ministry says medical devices bought under a government-sponsored program are about 40 to 70 percent cheaper than market rates, and a newly issued price cap order would bring more device prices within that range.

“We are examining whether the Central Government Health Scheme (CGHS) prices can be made applicable across India to bring down costs,” an unnamed senior health ministry official told the Indian publication.

Pricing limits have helped India's domestic pharmaceutical industry to become a significant exporter of generic drugs, and the government hopes the same strategy will work for the country's fledgling medical device sector.

“There is a reasonable market in India for devices manufactured here and it’s not a bad thing to regulate prices,” said Dr. Ashok Seth, chairman of Fortis Escorts Heart Institute, according to HT. “However, it shouldn’t be low-cost, poor-quality stuff to fit into the price bracket.”

Critics contend that, contrary to what the government is saying, the pricing control proposal is inimical to the interests of India's medical device industry.

“The government only recently allowed 100 percent foreign direct investment for setting up domestic manufacturing for medical devices,” a pharmaceutical industry representative told HT. “Who will invest if the government controls the price?”

A Times of India report quotes an official of a multinational device firm as saying, "There is a sense of uncertainty because on one hand the government wants us to make in India but on the other hand it is talking of price regulation even before we have started. The market should be viable for a company to pour in capital."

The government has allayed fears from both local and foreign device companies by announcing tax incentives, subsidies, tariff cuts, government funding, R&D support, and other measures, as it tries to transform the sector.

Price control is an important element in India's National Medical Device Policy. Released in June, the draft policy aims to strengthen "the Make in India drive by reducing dependence on imports and setting up a strong base for medical devices, especially those with critical implications in terms of affordability and availability of patients."

Another important proposal in the draft is the creation of a dedicated regulatory agency for medical devices, to be called the National Medical Device Authority (NDMA).