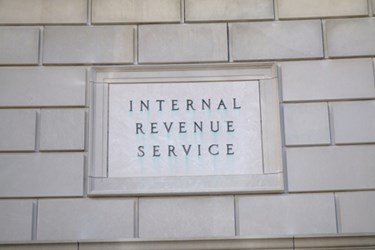 The Internal Revenue Service (IRS) is having difficulty ascertaining which companies need to comply with the medical device tax, and has collected a quarter less than the estimated total revenue expected to be generated by the tax.

“The IRS cannot identify the population of medical device manufacturers registered with the Food and Drug Administration that are required to file a Form 720 and pay the excise tax,” according to a recent audit report from the Treasury Inspector General for Tax Administration (TIGTA).

Form 720, Quarterly Federal Excise Tax Return, must be filed by medical device manufacturers, producers, and importers, and those companies are required to pay the 2.3 percent excise tax on devices sold since January 1, 2013, the report said. The tax is levied on devices such as pacemakers, but consumer items such as contact lenses and hearing aids are exempted.

The tax is projected to net approximately $20 billion from 2013 to 2019 to partly fund the Affordable Care Act, otherwise known as Obamacare, according to the report’s citation of estimates from The Joint Committee on Taxation.

The audit said that the IRS obtained medical device registration data from the FDA to identify which companies are required to pay the tax. However, according to the report, “this data cannot be used to definitively identify manufacturers subject to the medical device excise tax reporting and payment requirements. Specific exemptions, other safe harbors, and retail exemptions apply, and therefore not all businesses registered with the FDA are engaged in taxable sales of medical devices.”

In a written response in the audit report, the IRS said that it is studying the recommendations put forth by TIGTA, including the need to improve ways of identifying noncompliant manufacturers, conducting reviews of tax forms to address discrepancies, and corresponding with taxpayers in obtaining missing information.

Medical device companies have been arduously lobbying for Congress to repeal the tax, which they say could stifle innovation and kill jobs. The industry has drummed up strong support in Congress from both the Senate and the House, but there is no consensus yet on how to make up for the lost revenue in case of a repeal, the Associated Press said.

“We've expressed concerns from the outset that the device tax is poorly conceived, applying an excise tax — usually reserved for rubber tires, alcohol and tobacco — to an extremely diverse high-technology manufacturing industry,” J.C. Scott, head of government affairs for AdvaMed, the medical device industry's biggest trade group, said in a statement cited by the AP.

“Everything from this ill-conceived tax’s structure to its implementation has been a disaster,” Sen. Orrin Hatch (R-Utah), the top Republican on the Finance Committee, said in a report from The Hill. “As I have said all along — the only real way to fix this tax is to repeal it.”