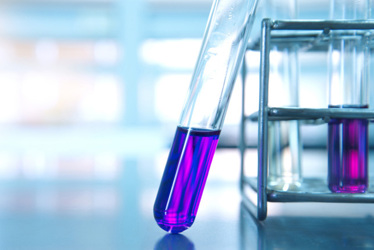 The standard, however, is not completely new. It was separated from ISO 10993-10, Tests for irritation and skin sensitization, which, as the name implies, also covers the principles for the evaluation of potential sensitizers. Therefore, considering that ISO 10993-10 is still valid, there are currently two standards for the evaluation of potential irritants in medical devices. The general principles, however, do not differ between ISO 10993-10 and ISO 10993-23. Accordingly, a “step-wise” (step-by-step) approach consisting of five steps shall be followed:

After utilizing the available information, further information required for the risk assessment may be generated by testing, which, in turn, is hierarchically structured:

This step-wise approach is also in full agreement with ISO 10993-1, which is the most basic standard in the series. It specifies the general procedure for how to conduct a biological evaluation of medical devices within a risk management process and defines that testing shall only be conducted if the available information is not sufficient to conduct a risk assessment according to ISO 14971. With this background, this standard provides detailed guidance on the procedure for an objective and reproducible literature review and implies the possibility of gathering the data set from additional sources (e.g., material safety data sheets, chemical database research, prior use data, etc.). The relevant available information enables a gap analysis to facilitate the selection of appropriate tests whereby the test strategies shall consider in vitro tests before any in vivo tests.

A Step Forward For Animal Welfare

Introducing this step-wise approach represents a huge step forward for animal welfare. In accordance with ISO 10993-2, it adopts the 3R-principle, aiming to replace, reduce, and refine animal testing. So far, irritation testing was commonly conducted in animals, although the prioritization for in vitro testing was already included in the ISO 10993-10, even in the initial version back in 1995. This step in the evaluation procedure was, however, not feasible because no scientifically validated test method was available for medical device materials or extracts – until now. Consequently, the fundamental and most discussed change in relation to the evaluation of irritation is not the transfer to its own standard but the newly introduced in vitro test method. This method utilizes reconstructed human epidermis (RhE) models, which are basically cultured human-derived epidermal keratinocytes, which form a highly differentiated model of the human epidermis within a petri dish. Histologically, an adequate RhE model resembles the structure of human epidermis, including organized basal, spinous, and granular layers as well as multilayered stratum corneum. Just like human skin, this tissue is viable and provides a barrier function resisting a rapid penetration of unfavorable substances.

Originally, the Organization for Economic Cooperation and Development (OECD) validated these models for the hazard identification of irritant chemicals in accordance with the Globally Harmonized System of Classification and Labelling (GHS). The test design was adapted to enable the evaluation of the irritating potential of medical device materials. Finally, the validity of two specific types of RhE models was confirmed in a large international round-robin study to detect the irritant potential from polyvinylchloride and silicone, two polymeric materials commonly used in medical devices.[1]

The basic principle of the in vitro test is the determination of the cell viability by MTT (3-(4, 5-dimethylthiazolyl-2)-2, 5-diphenyltetrazolium bromide) reduction measurement. MTT is a dye already known from cytotoxicity testing. The in vitro irritation testing starts with the preparation of polar as well as non-polar medical device extracts according to ISO 10993-12. Afterward, each extract is exposed to the tissue, just by topical application, and incubated. Finally, the tissue is rinsed and exposed to MTT. If the cells are viable, the mitochondria convert the typically yellow MTT to a purple formazan salt. Thereby, the degree of cell viability is proportional to the purple staining which, after extraction from the tissue, can be quantitatively measured via the optical density of the extract. If the mean tissue viability in relation to the negative control is less than or equal to 50%, the device material is classified as an irritant, while a viability of above 50% classifies a non-irritant.

Which Devices Are Suited To In Vitro Testing?

An interesting question is now: which devices are suitable to this new in vitro irritation test method? The test is primarily valid for solid devices, which can be extracted in polar and non-polar solvent. Unlike in vivo testing, the test is not validated to apply solid materials directly to the RhE model. Nevertheless, liquids, gels, or pastes that are commonly not extracted can be directly applied to the test system, but the ability of the assay to detect irritant activity of these forms needs to be demonstrated prior to testing.

A second criterion is the applicability to the intended contact type of the medical device. Primary skin and intracutaneous reactivity tests are the commonly used in vivo tests to evaluate materials for potential irritation. In addition, special irritation tests for ocular, oral, penile, rectal, and vaginal contact are described in the standard. The in vitro RhE model was specifically validated against, and thus can specifically replace, the in vivo rabbit test for irritation by skin exposure and intracutaneous administration. This implies that if the latter was the one to be used in the past, the in vitro RhE model will certainly replace it now. In general, if the device is intended for intact skin or breached or compromised surface, in vitro testing is the right strategy. The test is also applicable to implants or externally communicating devices since intracutaneous reactivity is relevant in these cases. The intention is to perform in vivo testing only if needed or justified in agreement with the step-wise approach described in ISO 10993-23, ISO 10993-1, and ISO 10993-2. Accordingly, in vivo testing for irritation may only be applicable in cases of intended contact with specific tissues for which the in vitro test is not validated, like ocular and mucosal contact. Nevertheless, there are exceptions in these cases as well. For example, any material known or in preliminary tests (e.g., in vitro cytotoxicity or in silico) shown to be a skin, eye, or mucosal tissue irritant or material with a pH ≤2.0 or ≥11.5 shall not be tested intradermally. This means that if a medical device extract was classified as being an irritant, it shall not be further examined by in vivo intracutaneous administration unless it is crucial for risk assessment. In most cases, however, supplemental examination by other means, like a more specific literature research or analytical testing, may support the risk assessment and a benefit-risk analysis.

It is worth mentioning, that if in vivo testing is justified, the respective test methods as described in ISO 10993-23 do not significantly differ from the methods in ISO 10993-10. If in vivo data was already acquired, additional testing in an RhE model is not required as the step-wise approach also intends to reduce redundant testing. Nevertheless, a justification within the biological evaluation plan is recommended to demonstrate awareness of the new standard.

Other Advantages Of In Vitro Tests

The in vitro test method is not only in favor of animal welfare but brings advantages for the medical device industry as well. In vitro alternatives are quicker than in vivo testing because the cell response to an irritant occurs faster in comparison to rabbit skin. Furthermore, animal transportation and acclimatization to the test lab add time before the testing even starts. In addition, these methods save money because animal housing costs are usually higher than growing tissue in a dish.

Recognition And What’s Next

With these advantages in mind, the question remains whether the notified bodies accept or even expect a biological safety evaluation based on in vitro testing in RhE models. Certainly, there will be a transition period but afterward, global acceptance of the methods described in ISO 10993-23 is expected, mostly because the 3R principle is globally acknowledged. The FDA has not yet published a consensus standard, but it is expected to do so. This is because the FDA usually accepts OECD validated assays and its guidance document, Use of International Standard ISO 10993-1, "Biological evaluation of medical devices - Part 1: Evaluation and testing within a risk management process," agrees with the step-wise approach preferring the chemical characterization and in vitro models if equally relevant information, as compared to in vivo testing, can be obtained. Nevertheless, there may be partial recognition related to extract preparation since the previous ISO 10993-12: 2012 was only partially recognized.

A consensus standard for the new ISO 10993-12:2021 may be published in conjunction with ISO 10993-23. The Asia-Pacific Region widely accepts the new standard. The Australian Therapeutic Goods Administration (TGA)commonly follows the ISO 10993 series of standards and Japan already included the in vitro test method in the Ministry of Health, Labour and Welfare (MHLW) guidance. Korea is also expected to accept and translate it soon and China even contributed to the round-robin study. The EU commonly follows state of the art in relation to non-harmonized standards. Although there are currently two standards applicable to the evaluation of potential irritants in medical devices, ISO 10993-23 is considered to be preferred because it follows the Directive 2010/63/EU on the protection of animals used for scientific purposes.[2] Until final acceptance in the countries of interest, it is certainly recommended that companies consult the respective notified bodies and retrieve feedback on the biological evaluation plan before irritation testing is initiated, if it is even necessary for risk assessment.

At NSF Prosystem, an NSF International Company, Silvia Georges, Ph.D. provides broad expertise and advises manufacturers in biological safety evaluations according to the ISO 10993 series of standards in addition to clinical evaluations. For several years, she has worked in regulatory affairs, first in the pharmaceutical field until she found her way to medical devices. She studied biology with major focus on human physiology and neurophysiology at the University of Tübingen in Germany and obtained her Ph.D. at the Graduate Training Center of Neuroscience and the International Max Planck Research School. As an animal welfare officer at the Max Planck Institute for Biological Cybernetics, Dr. Georges was the expert for regulatory affairs in basic animal research.