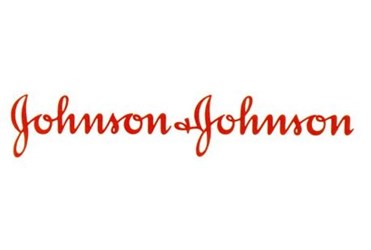 Johnson & Johnson is reportedly looking to sell its medical device unit Cordis for as much as $2 billion as part of its continuing effort to unload poorly performing assets.

Citing anonymous sources familiar with J&J’s plan, the Wall Street Journal (WSJ) reported recently that the sale is at an early stage. Cordis, a manufacturer of drug-coated cardiac stents and catheters, could be purchased for between $1.5 billion and $2 billion, according to the anonymous sources. Among the potential buyers are private equity firms and other healthcare organizations.

There is neither an official statement nor any comment from J&J about a potential or ongoing deal involving Cordis.

J&J helped to create the $5 billion global market for cardiac stents, but the company has been looking to exit the market since 2011, the WSJ noted. The company’s market share of the segment has dwindled and sales have decreased in recent years. The company had said that it wants to refocus on other types of products.

Bloomberg noted that J&J chairman and CEO Alex Grosky said last month that the healthcare giant is open to divesting smaller businesses. J&J’s potential sale of Cordis would be in line with that strategy..

The company earlier this year had sold another under-performing unit, Ortho-Clinical Diagnostics Inc., to private equity firm Carlyle Group for $4.15 billion. Analysts opined at that time that the “move highlighted J&J's determination not to waste resources on unloved divisions,” according to Reuters.

A potential buyer for Cordis is Boston Scientific, as the medtech giant is a major player in the stent business.

“It could make sense to acquire Cordis to boost its market share,” the Boston Business Journal speculated. “The sale of the smaller business could help Boston Scientific, which has had a less desirable revenue growth when compared to its competitors.”

But Boston Scientific spokeswoman Kelly Leadem refused to confirm such a plan, telling the Boston Business Journal that “we don’t comment on rumor or speculation.”

J&J’s medical device business is second in size to its pharmaceutical business, but the unit posted the weakest growth in the second quarter, according to Bloomberg. The unit’s revenue grew less than 1 percent to $7.24 billion during the period, and sales increased 9 percent to $19.5 billion, Bloomberg noted.