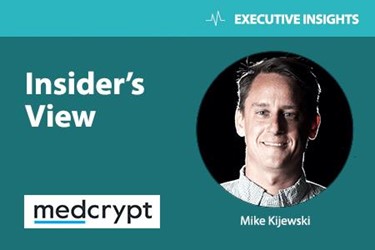 What is shocking, however, is the recent flood of alerts about different medical device vulnerabilities. The U.S. Department of Homeland Security has a team called The Industrial Control Systems Cyber Emergency Response Team (ICS-CERT). This organization provides a database of alerts and advisories related to cybersecurity issues in technology used in “Critical Infrastructure.” ICS-CERT has included cybersecurity alerts about medical devices for the past several years.

According to the ICS-CERT database, at any given time between January 2015 and July 2017, there were between one and four reports of medical device cybersecurity vulnerabilities issued in the prior three months. These issues ranged from difficult-to-exploit vulnerabilities in obscure hospital-based devices, to patient health information (PHI) being stored in plain text on glucose monitors used by diabetics.

But, starting in early August 2017, a new batch of advisories was issuing every two weeks. As of Oct. 27, 2017, there were 10 advisories issued in the last three months. Some of these are vulnerabilities that have been in the news for a while, and some are brand new issues found by security researchers. 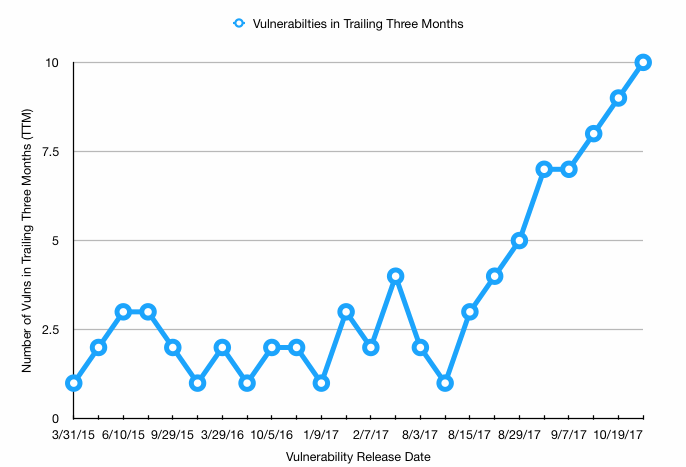 Why are there suddenly more alerts than in the past?

There are only two possible answers to this question. Either a small group of recently released medical devices had some issues that were found quickly, or researchers have just begun to focus on these issues, and the issues are widespread across all classes of medical devices.

Many of the devices for which alerts are issued have been in the field for several years, indicating that the problem is not limited to recently released devices, but plagues all medical devices. Three years ago, there were only a handful of security researchers looking into medical device security. With the increased focus on this issue, more and more researchers are turning their sites toward these devices. One can only assume the focus of “bad guys” has followed suit.

Will this trend continue, or is it an anomaly?

How will medical device vendors deal with these issues in the future?

Medical device vendors can choose to reactively or proactively address the problem. Manufacturers that choose only to react to security issues once they are found are likely to lose sales and spend significant engineering resources fixing vulnerabilities through recalls.

Vendors who choose to address security proactively should determine which functions in their device would be most problematic if hacked. For example, an insulin pump that receives data over Bluetooth should have cryptographic signatures on the data it is receiving, so it can verify the data is not coming from a hacker. This and other security features can often be incorporated with a few lines of code from commercial security vendors.

Some devices, like implantable cardiac defibrillators, use such low power processors that certain security functions are not possible. Device vendors do need to weigh device functionality against security, and may find that certain devices can’t include proactive features. But, these devices then need compensating controls placed on their usage to ensure they are not vulnerable to hackers. As the small processors that these devices use become more powerful, vendors should look to include cryptography features when possible.

The most important factor affecting the future of medical device cybersecurity is how regulatory agencies prioritize this problem. As a fan of free markets, I usually prefer to see customers driving the features device makers include. But the U.S. healthcare system is not a traditional free market, and healthcare providers are not properly incented to demand security features in medical devices. This is a situation where the FDA and similar regulatory agencies need to ensure the safety of patients through guidelines and regulations related to cybersecurity.

The FDA’s recent guidelines on pre- and post-market cybersecurity are helpful in highlighting the importance of security to device vendors. Yet many vendors see these guidelines as optional, and are waiting for the FDA to require cybersecurity features in devices before investing significantly in this technology. The FDA has dispelled the notion that security is “optional,” but many device vendors still haven’t acted to address these issues in a meaningful way.

The rate of cybersecurity vulnerabilities found in medical devices is likely to increase steadily over the next 18 months. It is only a matter of time before the “bad guys” use these devices in a way that harms a patient. Our industry must move quickly to prevent these events from being as common as hospital PHI breaches.

Mike Kijewski is the CEO of MedCrypt. Mike is passionate about new advances in the intersection of internet technology and healthcare. Prior to starting MedCrypt, he was the founder of Gamma Basics, a radiation oncology focused software startup. Gamma Basics was acquired by Varian Medical Systems in 2013. Mike holds an MBA from the Wharton School, and a Master of Medical Physics from the University of Pennsylvania