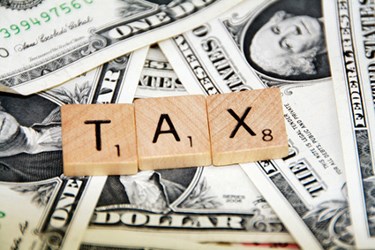 The figure was sourced from documents obtained by MassDevice from the Internal Revenue Service (IRS) after it filed a Freedom of Information Act request with the agency. The reported amount is greater than an estimate made last year by medical device lobby groups who said that the industry paid $1 billion in bi-monthly installments of roughly $97 million, according to the MassDevice report.

The government forecasted medical device excise tax revenue to reach up to $30 billion over the next decade to help pay for the Affordable Care Act, otherwise known as Obamacare. The MassDevice article also referenced an earlier analysis of “federal securities and exchange commission documents for 150 public medical device companies” which identified at least 64 companies that paid a collective $509.4 million toward Obamacare last year. The rest of the companies in the list did not disclose their payments.

The medical device excise tax was implemented starting December 31, 2012. It imposes a 2.3 percent tax on the sale price of devices listed by the U.S. Food and Drug Administration under section 510(j) of the Federal Food, Drug, and Cosmetic Act and 21 CFR part 807 (with exemptions), according to the IRS.

“To a large extent, it doesn’t matter exactly what the dollar amount is,” J.C. Scott, senior vice president of government affairs of AdvaMed, said in the MassDevice article. “It's a fundamentally flawed tax and we know from our membership that it is having a negative impact on individual companies. The pain is real and it doesn't change our perspective on the need to repeal the tax.”

In a recent Med Device Online guest column, Steve Ubl, president and CEO of AdvaMed, said that the medical device excise tax has resulted in 165,000 jobs being lost nationwide during its first year of implementation. He added that one third of medical device companies they asked in a survey were cutting R&D spending because of the excise tax burden. Ten percent of those companies said they plan to relocate manufacturing outside the U.S. to curb spending.