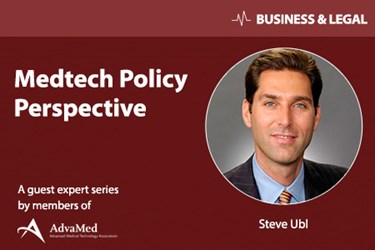 The medical device and diagnostics industry is an American success story, creating life-saving and life-enhancing innovations every day while providing high-quality jobs in communities both large and small. Unfortunately, the 2.3 percent medical device excise tax implemented in January 2013 threatens this success and has already had a negative impact on jobs, R&D, and investment. Policymakers need to act now to address this burdensome tax and repeal it before more harm is done.

A recent survey conducted by AdvaMed (the Advanced Medical Technology Association) showed that up to 165,000 jobs have been lost nationwide as a result of the tax in the first year. This includes direct medical technology industry employment losses of about 33,000 in both cuts and foregone hiring, plus estimated losses of 132,000 in indirect employment among industry suppliers and in the general economy.

Almost one-third of survey respondents also reported having reduced R&D spending as a result of the tax, and about 10 percent said they had relocated manufacturing outside of the U.S. or expanded manufacturing abroad rather than in the U.S. because of the tax.

These effects have the potential to restrict future innovations and life-changing discoveries. Over the last 30 years, such innovations have helped add five years to U.S. life expectancy and cut fatalities from stroke and heart disease by more than half, while simultaneously reducing the number of days people spent in hospitals by nearly 60 percent.

While America’s medical technology companies currently lead the world in developing life-saving and life-enhancing treatments and cures, and support nearly 2 million jobs nationwide, the survey results show that leadership is in peril.

Medtech companies simply are not anticipating a windfall from expanded healthcare coverage, as some policymakers had predicted when the medical device tax was proposed. At a time when there is bipartisan interest in growing high-technology manufacturing jobs in America, these survey results are a call to action.

With overwhelming bipartisan majorities in both houses of Congress having already openly sided against the device tax, we are hopeful that mounting evidence of the tax’s destructive effects will help spur definitive action before more harm is done.

About The Author
Steve Ubl is president and CEO of AdvaMed, the world's largest medical technology association. He is recognized as a top healthcare advocate and policy expert with considerable experience across multiple health policy sectors. His accomplishments include landmark reforms related to the U.S. Food and Drug Administration’s product review process and Medicare's coverage and reimbursement of medical technologies