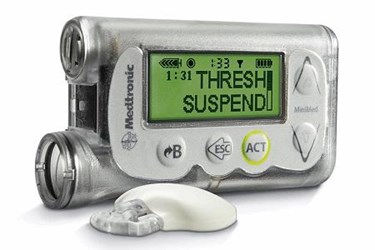 According to Medtronic, users of its devices can now access up to seven CareLink Pro reports that patients can discuss with their doctors, who in turn will now have four new reports available to aid clinical decisions. By allowing patients and their doctors to see certain reports simultaneously, diabetes care becomes more collaborative and the data becomes more actionable, according to the company, whose CareLink software allows patients to analyze glycemic patterns, bolus behavior, and basal rates, and lets doctors enhance insulin pump therapy effectiveness, reduce burden, and improve overall care.

“Data, insights and analytics have been a cornerstone for our diabetes strategy with CareLink, and we have accumulated over 125 million patient days of data generated by our devices, including continuous glucose monitoring (CGM) sensor readings and insulin pump events,” Annette Brüls, president of Medtronic Diabetes Service and Solutions, said in a press release.

Medtronic has been continuously expanding its network of partners for diabetes management. It has collaborated with IBM Watson since last year on a predictive diabetes management solution involving apps that apply Watson’s AI cognitive computing to data from Medtronic’ glucose monitors and insulin pumps. At the ADA meeting, Medtronic said that the partnership now “has advanced to the final development stages and revealed the name of a first-of-its-kind cognitive app — SugarWise with Watson.” According to Medtronic, the app can predict important patterns and trends — based on retrospective analysis of patients’ insulin, CGM, and nutritional data — to help people understand how their behavior affects their glucose level in real time. The company touted CareLink data from 10,000 anonymized patients that demonstrated preliminary prediction accuracy of 75% to 86% within a 2 to 4 hour window.

Last year, Medtronic unveiled a deal to integrate its devices with analytics startup Glooko’s cloud and mobile-based diabetes management platform, which allows patients to see additional data — including food, medication, fitness, and biometrics — beyond insulin and glucose data, which are important in daily diabetes management. At the recent ADA meeting, Medtronic demonstrated successful device integration with Glooko, which correlates insulin data with readings and biometrics data collected from over 50 blood glucose meters and fitness devices industry-wide.

Medtronic also announced during the meeting a new data partnership with Nutrino, a technology-based platform focused on diet and nutrition. According to Medtronic, its MiniMed Connect users will now have access to a Nutrino app (under beta) that combines continuous glucose monitoring (CGM) data with Nutrino’s science-based nutritional insights based on food intake, activity, sleep, and other measures impacting glucose levels.

“We are excited to partner with Medtronic to bring advanced nutrition insights to people living with diabetes,” sYael Glassman, president of Nutrino, said in a statement. “This is an important milestone for Nutrino as we take personalized, contextual and digital nutrition to the next level for the benefit of people living with chronic conditions.”

Medtronic sees diabetes care as a major growth driver in the long-term as the incidence of the disease continues to rise. Sales of the company’s Diabetes Group surged 6 percent to $496 million during the fourth quarter ended April 29. Medtronic forecasts global diabetes device sales to grow in the high single-digit to low double-digit range.