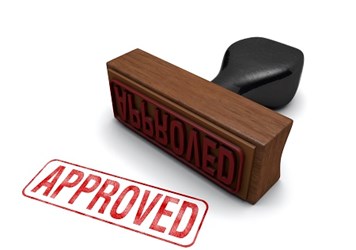 The U.S. Federal Trade Commission (FTC), the European Commission, and the Canadian Competition Bureau all gave the green light recently for the merger after Medtronic and Covidien agreed to offload the latter’s Stellarex drug-coated balloon platform to Spectranetics Corporation for $30 million.

“This regulatory clearance represents an important milestone in bringing our companies together,” Medtronic CEO Omar Ishrak said in a statement. “We continue to make good progress in planning for the integration of these two companies which will unite them under a single mission — to alleviate pain, restore health and extend life for patients with chronic disease around the world. When the transaction is complete, the combined company will allow Medtronic to reach more patients, in more ways and in more places.”

As stated in a news release, the FTC had earlier lodged a complaint regarding the proposed merger’s anticompetitive outcome because the deal would leave C.R. Bard as the only other player in the drug-coated balloon catheter market. The acquisition of Stellarex will allow Spectranetics to enter the U.S. market as a viable competitive player, consequently counteracting the effects of the merger between Medtronic and Covidien, according to the FTC.

Under the FTC’s consent order, “an interim monitor will supervise Medtronic and Covidien to oversee the transfer of rights and assets related to Covidien’s drug-coated balloon catheter business to Spectranetics.”

“It is likely that Covidien would have constrained Medtronic in the near future, in view of the promising first clinical trials’ results of Stellarex,” the commission said in a statement, according to a Wall Street Journal report. “The acquisition, as initially notified, would therefore have eliminated a credible competitor.”

But with Covidien’s compliance to divest its drug-coated balloon catheter assets, the merger is likely to close as scheduled in early 2015. Medtronic and Covidien had set meetings in January to secure shareholder approval for the $42.9 billion transaction, which had since been restructured to overcome new tax hurdles set by the U.S. Treasury Department to deter tax inversions.