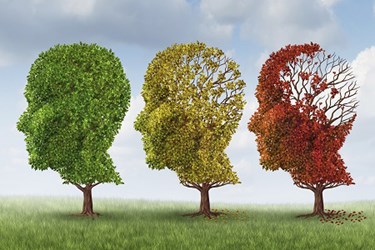 Isn’t it amazing how time flies by? It’s like we blink, and suddenly its 15 years later. In just about the same span of time, Dr. Ada Poon is expecting to develop and complete clinical evaluation of an implantable electronic device intended to enable patients with Alzheimer’s disease — and other forms of dementia — to recover or retain memory function.

“During a recent sabbatical, I spent a lot of time with older members of my family and saw the effects of aging on memory,” Poon explained. “The challenge is, there are no effective forms of treatment for Alzheimer’s disease. Pharmaceuticals currently prescribed can, at best, slow the progression of the disease, but nothing reverses the effects of the disease.”

Dr. Poon said she does see hope for more effective treatment in the electroceuticals being developed by GlaxoSmithKline (GSK), but GSK has not committed to focusing on an application for dementia, and the requirements for clinical testing will create a long runway for commercialization.

Dr. Poon’s affiliation with the Chan Zuckerberg Biohub will likely prove to be a valuable alliance for her research. Priscilla Chan and Mark Zuckerberg founded their biohub with the vision to help cure, prevent, or manage all diseases within their children’s lifetime. Their stated mission is to invent the future of life science research. Rather than focus on one specific disease, the CZ Biohub is open to all types of research in an effort to make great scientific strides, either intentionally or tangentially. There is much less emphasis on achieving goals and more on finding new insights — including in basic science that does not have to be disease-focused.

So, exactly how will the device Dr. Poon is proposing actually work? “All human memory is episodic in nature,” Poon explained, using the analogy of computer memory to describe her device. “We can think of human short-term memory as the cache memory of a computer. As we are experiencing something, certain neurons in the brain are actively recording the experience, and begin transmitting the information repeatedly to the area of the brain responsible for long-term memory. This long-term memory can be thought of as the hard drive in a computer. The process of repeating the transmission ensures the episode we have experienced is stored in the brain and is retrievable as a memory.”

Dr. Poon detailed how memory issues occur as we age due to the breakdown of our neurons, or potentially because of plaque buildup around the neurons. As episodes are experienced, the neurons in our short term “cache” continue to transmit information about the event, but they are too weak or are otherwise prevented from providing the information to our long-term “hard drive.”

Poon’s solution envisions a redundant backup system for the brain. The implant will be able to identify which neurons are most active at any given point in time, indicating they are currently being used for episodic memory. The device will then replicate the transmission signals of these neurons and send redundant signals to our long term memory in an attempt to ensure the episode is stored.

Even if some memory loss occurs over time, Dr. Poon postulates that an individual will be able to remain functional much closer to their natural end of life. Her goal for the device, at least initially, is to improve quality of life in its end stages and shorten the period of cognitive incapacity from years to months — maybe even no more than weeks. Having watched my own mother progress through dementia over the final decade of her life, I can appreciate how much of a difference such a device could make in terms of quality of life and reduction of necessary elder care, including the associated cost.

“The first step is to prove the theory and develop a working prototype device on the bench,” Poon said when I asked about her timeline. “Second we need to conduct experiments with animal subjects to learn about interacting with the brain, and finally, we will need to model the human ‘cache’ to be able to create a redundant memory.”

Poon said she expects the first five years of the project to result in demonstration of the device with rodents. The next five years will be focused on proving the science in a primate model, and finally, human clinical trials will be slated during the final 5 years of the project. Dr. Poon jokes with her student researchers, “We have 15 years to get this done, because by then I might be old enough to start having memory problems.”

By 2032, I hope to be retired, living a life of leisure somewhere warm. It’s comforting to think Dr. Poon’s work might result in a device that could help me at that point, were I to develop memory issues.