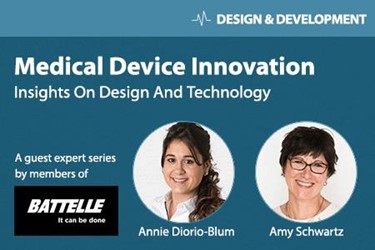 Contextual research is one of the best investments medical device manufacturers can make. Observing and talking to users in their own environments enables deep insights into their needs, preferences, challenges, and barriers. Integrating these insights into device design will lead to better acceptance, adherence, and outcomes — and ultimately, to better market share.

To get the most out of contextual research, companies need to go about it the right way. If they do not fully understand its purpose and process, they will not gain the insight they are looking for, and may even draw the wrong conclusions from their research.

Here are some of the most common mistakes we see in the field, and how companies can improve their contextual research results.

Formal HF research is highly structured and scientific. It is conducted in a controlled environment according to a rigorous, detailed test plan that outlines exactly what data must be collected, and how it will be gathered. Formal HF research also is very engineering-focused; researchers generally have a specific checklist of things they are looking for as users interact with and manipulate the device.

Contextual research is very different. It is conducted in the user’s home (for devices used by patients), or at the hospital or clinic (for devices used by healthcare providers). This means lots of uncontrolled variables and, potentially, many differences between the environments of individual users. While researchers will start out with a general discussion plan, they must be prepared to modify the plan on the spot, as well as follow the user’s lead in the interview. Getting good information requires researchers to recognize when an unexpected turn in the interview is generating valuable insights — or when it is leading down a blind alley — and to gently lead the conversation accordingly.

Overall, contextual research is an intuitive and empathic process, rather than a scientific one. The goal is to create a space in which discovery can happen. This requires a different skill set than is needed for formal HF research; it is a rare researcher who is equally skilled in both. While many medical device companies have researchers on staff with the skills required to conduct FDA-required HF research, these researchers usually are not prepared to conduct effective contextual research.

2. Don’t Start The Research Process With An Answer Already In Mind

When companies begin the research process, they often have a design solution already in mind that they want to validate. While this type of research is valuable later in the design process, it is a mistake to come into early contextual user research with preconceptions about its eventual findings. Companies will draw the greatest value out of the research when they start the process with an open mind and let users lead.

For example, one company wanted to expand the market for its skin care products, generally used in a hospital environment, by selling them directly to patients for use at home. The company went into user research with the assumption that better packaging was the solution.

However, by taking a step back and starting the research without preconceptions, we were able to learn that the company’s primary patient population lived below the poverty line, had physical limitations that made home application of the product difficult, and had limited access to the internet for online ordering. Making the product available to them for home use required understanding all of the barriers to use, and then approaching the problem in a more holistic way.

Users are wonderful at describing their problems, but they are less adept at coming up with intuitive design solutions to address those problems. While users may think they know the answer, companies should look at users’ specific design suggestions with a dose of skepticism.

While conducting research to redesign of a surgical hand piece, we found that hand fatigue was a significant problem for many surgeons using the device’s current version. Surgeons on the advisory board were adamant that reducing the device’s weight was the way to solve the problem.

However, further research revealed that weight was not the primary problem — grip design had a greater impact on hand fatigue. In fact, a slightly heavier device with an improved grip reduced hand fatigue and was well received by surgeons, as well as very successful in the market. By listening to the problem ("my hand is tired after surgery"), rather than the proposed solution, the design team was able to come up with a better answer than the surgeons produced.

Of course, that does not mean users never have great design ideas; just remember that users are not designers, and it is not their job to come up with final design solutions. Ultimately, what they want is a solution to their problem, not a specific design.

Getting the most out of contextual research often requires looking beyond what users say and observing what they actually do. This is not because users are inherently dishonest or intentionally leaving out important information, but simply because humans are, in general, terrible witnesses, even to our own needs and behaviors. Discrepancies between user statements and observed behavior are an important source of insight in contextual research.

When asked how they interact with a device, patients may omit critical steps in the process, either because they consider said steps unimportant, or because the steps have become so ingrained into the patients’ behavior patterns that they are no longer aware of them. Or, patients may respond with an answer they believe is “correct,” even if it does not match their own daily behavior. That’s why it is important for researchers to dig deeper. For example, if a patient says they use a device in the same way daily, ask them to describe exactly when and how they used it today, yesterday, and the day before, or ask them to demonstrate the process for you.

It’s also important to watch people in context to observe behaviors that they may not even be aware of. One nurse was observed to trip over the base of a piece of imaging equipment several times. However, she was not able to articulate any problem with the base design —even when asked about it directly.

In another example, a surgeon asked about monitor placement for a surgical system responded that he had no problem with the placement, and did not need a second screen. It was not until he was shown photographs of himself craning his neck in an unnatural manner that he recognized the unconscious workaround he had created for the poor screen placement (and the cause of his persistent neck pain).

5. Don’t Rely On A Single Point Of Inspiration

Some users are louder, more persistent, or more charismatic than others. It’s easy to make the mistake of letting the loudest voice in the room be your guide in device development, but that voice may not speak for every user of your device. Device developers need to look beyond the “squeaky wheel” and make sure the device works for all users.

Surgical devices are one category where it is especially important to keep this in mind. Often, the surgeon is the primary person interviewed when researching a surgical device. However, surgery is a team sport: it always is conducted with other players in the operating room, who may interact with the device in a different way. If all users’ needs are not taken into account, the final outcome can be detrimental for the patient.

To truly understand how a user interacts with a device, you need to see them use it in the context of their normal environment and workflows — hence, the need for contextual research. Device design needs to account for the challenges and barriers that users encounter in their daily lives.

In one study involving a surgical scrubber, researchers sought the causes behind a common use error wherein surgeons would begin surgery before the scrubbing liquid had fully dried. The scrubbing product was implicated in several cases of patient harm when surgical tools caused the still-wet liquid, which contained alcohol, to ignite during surgery.

Initial research focused on the behavior of nurses responsible for prepping the patient prior to surgery. Contextual research revealed that the nurses understood proper use and application of the scrubbing product, but were often unable to convince an impatient surgeon to hold off for the required amount of time. The solution was not better instructions for nurses, but a faster-drying formulation that fit better into the overall workflow of the operating room.

A holistic view of patient environment and daily routines is just as critical in a home-use environment. Do patients have a proper place to store the device? Is it difficult to maintain a sterile environment? Does the location in which they use or charge a device present a safety hazard — for example, are they using an electric device in a bathroom? Does the device system require lots of ancillary supplies and other components that don't easily fit into an average home? Patient adherence, and outcomes, will be better if the design solution fits users’ lifestyle and home environment.

Ultimately, the most important piece of the puzzle for contextual research is empathy. The goal is to put yourself inside the user experience so you can see the device, and the environment in which patients use it, through their eyes.

Annie Diorio-Blum is a Senior Industrial Designer and Research Lead on the Battelle Human Centric Design team, specializing in medical device design. She works with medical device manufacturers to translate user research into design solutions that meet the needs of patients and healthcare providers. She holds a B.S. in Industrial Design from The Ohio State University.

Amy Schwartz is a thought leader in Human Centric Design with a focus on medical devices and healthcare. Over her 30-year career, she has won numerous design awards for her work and has been awarded three patents for healthcare-related innovations. She also teaches design research and serves as a faculty advisor in the MMM program at Northwestern University Segal Design Institute. Amy earned her Ph.D. in Cognitive Psychology from Yale University and her B.A. in Psychology from Columbia University.