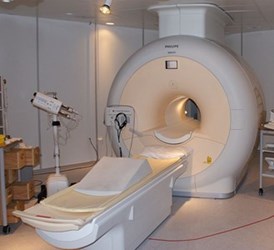 Researchers from Harvard Medical School and the University of Houston (UH) have unveiled a new technology that uses potential magnetic energy, generated by a magnetic resonance imaging (MRI) scanner, to navigate milli-sized robots through the body. Though the technology still is in its early stages, developers believe it could one day deliver medical treatments or perform minimally invasive surgery.

Robotic surgery can alleviate some of the complications common among more traditional surgical methods. According to the Mayo Clinic, robotic surgery devices offer greater precision and control, leading to reduced risk of infection, smaller scars, and quicker recovery. Also, many procedures that would be difficult or impossible for a surgeon to perform by hand are performed using medical robotics.

Aaron Becker, an electrical and computer engineering professor at UH, used hydrocephalus, an accumulation of fluid in deep cavities of the brain, as an example when presenting milli-robotic technology at the International Conference on Robotics and Automation (ICRA) in Seattle last week. Traditional brain surgery methods, said Becker, would require a surgeon to cut through the patient’s skull, but what if tiny robots could travel to the site instead?

“Hydrocephalus, among other conditions, is a candidate for correction by our millirobots because the ventricles are fluid-filled and connect to the spinal canal. Our non-invasive approach would eventually require simply a hypodermic needle or lumbar puncture to introduce the components into the spinal canal, and the components could be steered out of the body afterwards,” said Becker in a press release.

The secret of the millirobots’ maneuverability comes from principles inspired by MRI technology. In their paper, researchers demonstrated the scanner’s ability to steer millirobots around the body, but found that the scanner alone lacked the necessary force to power surgical tasks.

To gather greater force, the researchers developed the millirobots with the same technology used to operate a toy called a Gauss gun, which consists of several steel balls separated by strong magnets.  As each ball hits the next, the stored potential energy increases, and the final ball flies forward with greater speed than the initial ball.

These principles were applied to the millirobots, which travel to the surgical site unassembled. Their components are made from high-impact plastic and small titanium rods with steel balls on each side. The first component is the medical instrument, consisting of an 18-gauge needle for drug delivery or membrane piercing, and the final component operates as a trigger. Becker explained that more barrel components placed between the first and last component would increase firing speeds.

Becker reiterated that this research, a collaboration with Pierre DuPont from Harvard Medical School and Ouajdi Felfoul at Boston Children’s Hospital, was still in its conceptual stages, and that further work on miniaturization and optimal material selection are the next steps.

“The benefit of our research,” said Becker, “is that we can now create clinically relevant forces inside a standard MRI scanner, using just the MRI magnetic field.”