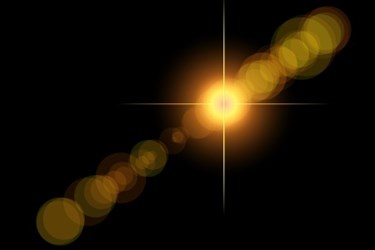 Recently, a team from Northwestern University developed nanoparticles with a built-in fluorescent tag that are capable of identifying genetic biomarkers specific to cancer. Deemed “NanoFlares,” these particles operate inside the cell and can identify cancer cells in the bloodstream, potentially providing an early warning of metastasis.

Tagging cancer cells using biomarkers is an approach that has transformed certain aspects of medical device research. Using disease-specific identifiers has allowed the application of chemotherapy at tumor sites, while sparing healthy tissue. Generally, however, the biomarker-based delivery of nanoparticles is based on biomarkers on the surface of cells.

While surface biomarkers are a valuable tool in therapeutic and diagnostic settings, other biomarkers that may be more specific hide within the cell itself. Binding to the genetic material on the interior of a cancer cell was the approach taken by a team from Northwestern University, according to a recent press release. They designed the NanoFlare to identify and attach to a small portion of RNA specific to the cancer cell. Once attached, the nanoparticle produces a fluorescent signal, or flare, which enables the detection and removal of that cell from the blood stream.

“The NanoFlare turns on a light in the cancer cells you are looking for,” said Dr. C. Shad Thaxton, an assistant professor of urology at the Northwestern University Feinberg School of Medicine, in the press release. “That the NanoFlares are effective in the complex matrix of human blood is a great technical advance. We can find small numbers of cancer cells in blood, which really is like searching for a needle in a haystack.”

NanoFlares were designed to study breast cancer metastasis, a disease that often involves circulating cancer cells in the blood stream, according to a recent study published by the Northwestern team in the Proceedings of the National Academy of Sciences. Because the NanoFlares are incorporated inside the cell, it allows them to be collected live using flow cytometry. The technique is capable of detecting cancer cell concentrations as low as 100 cells per milliliter of blood. Collecting these cells and testing efficacy of various drugs would allow personalized treatment options for many patients.

The team tested four different NanoFlares in a mouse model, each with unique genetic biomarkers related to breast cancer, according to the press release. The new technology successfully detected cancer cells with false-negative results occurring less than 1 percent of the time.

“When it comes to detecting and treating cancer, the mantra is the earlier, the better,” Thaxton said in the press release. “This technology may enable us to better detect circulating cancer cells and provides another tool to add to the toolkit of cancer diagnosis.”