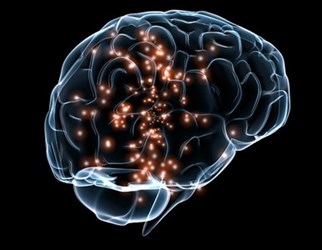 Scientists from NASA’s Ames Research Center (NARC) have developed nanotechnology that could help researchers better understand deep brain stimulation (DBS) and fine-tune its performance. A more specific and sensitive DBS system, said the researchers, may even be able to cure certain neurological diseases.

For the past few decades, researchers have been working to refine and improve DBS systems, which are used to alleviate the symptoms of neurological conditions that are not responsive to medications. Traditional systems work by implanting electrodes in certain areas of the brain, which then are connected to an electronic device placed under a patient’s skin. Electric signals from the device mix with electric signals produced by the brain, regulating abnormal brain impulses that cause symptoms like tremors or stiffness.

Researchers have successfully treated Parkinson’s symptoms using DBS, and they have been investigating its application in a variety of other conditions, such as depression, obesity, and Tourette’s syndrome, with mixed results.

Neurosurgeon Russell Andrews, a NARC scientist who presented at the International Neuromodulation Society’s 12th World Congress, explained that DBS’ results with other conditions are mixed because scientists do not yet truly understand how DBS technology does — or doesn’t — work.

“It’s kind of sad when people have a hammer and they start thinking every disease is a nail just because Parkinson’s was kind of a nail and this hammer worked pretty well,” Andrews told Tech Times.

If the electrodes used for DBS also could monitor neurotransmitter levels and track metabolic activity, scientists could get a clearer picture of how the stimulation and electrochemical neural circuits interact, and then refine DBS technology accordingly, said Andrews.

According to a press release, scientists from NARC and the Mayo Clinic have collaborated since 2011 to design a DBS monitoring system using nanotechniques developed by the space program. Their solution, presented by Andrews, is a system of nine carbon nanofiber pads that are coated with a biocompatible polymer.

Because they’re so tiny — tens of microns across —the “nanotrodes” were capable of detecting chemical signals in the brain, the researchers said.

“It’s a pretty simple physical concept,” Andrews told Tech Times. “When you get down to measuring things like molecules, if your detector is closer to the size of what you’re measuring, the precision and sensitivity are much greater. It’s really a matter of reducing size to get down to the biological level.”

Andrews’ team has proven that the pads can record 100,000 neurochemical readings per second for over four months before the nanotrodes stop working.  While the research was presented as a proof-of-concept technology, the team has revolutionary ambitions for its design.

There are many existing treatments that can address the symptoms of conditions like Parkinson’s and epilepsy, but there is no permanent fix. However, Andrews and his team believe that a refined DBS system, capable of monitoring and adjustment to suit patient needs, could offer a cure for individuals suffering from certain neurological disorders.

“We’d like to be able to correct problems in the brain, not just relieve the symptoms,” said Andrews.