Nearshore Or Offshore? How To Decide Where You Should Manufacture Your Medical Device 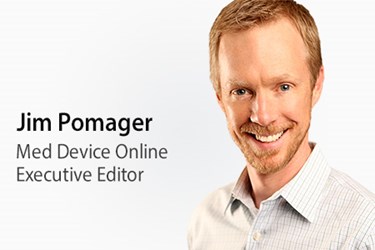 Nearshoring has become a major buzzword in the medical device industry in recent years. The term refers to the outsourcing of manufacturing or other processes to a nearby country — in the case of U.S.-based medical device manufacturers, that means Mexico, Costa Rica, or another Latin American country. Offshoring, on the other hand, is typically used to describe outsourcing to a distant geographic location, such as China or India. (Although nearshoring, technically speaking, is a subset of offshoring, the two are more commonly viewed as contrasting approaches.)

The late 1990s and early 2000s witnessed a mass offshoring exodus in the medical device industry, as OEMs moved a great deal of their manufacturing and assembly from the U.S. to places like China, and then shipped finished products back home (and to other markets). Over the past decade, however, that trend has reversed to some degree, with a meaningful amount of work coming back to the Americas.

Like offshoring, nearshoring can enable medical device manufacturers to reduce production expenses by taking advantage of labor rates in low-cost countries, or LCCs as they are referred to in sourcing circles. However, nearshoring stands apart from offshoring in that it can allow OEMs to sidestep many of the pitfalls associated with having a manufacturing partner located halfway around the world.

Despite all the hoopla, nearshoring is not for everyone, warns medical device manufacturing consultant Mark Bonifacio, a 25-year veteran of the industry. “Everybody wants to talk about nearshoring and manufacturing coming back from China, but it’s not always the right choice,” Bonifacio told me during a recent conversation. “I just moved two projects back this way, but I also moved three the other way. There is movement in all different directions.”

How can you determine the best location for outsourcing your medical device production (or aspects of it)? Bonifacio recommends conducting a total landed cost (TLC) analysis, which takes into account all of the variables that can affect the expense of outsourcing, for each of your company’s products. By taking this kind of total product lifecycle view, OEMs can see beyond contract manufacturers’ quote and get a more holistic and accurate picture of the cost per part.

“Sometimes medical device OEMs neglect to factor in all the soft costs,” he explained. “They focus on the fact that the vendor is China is charging $1.00 while the one in Mexico is charging $1.10, but if the landed cost from China is really $1.16, it's actually better to get it in Mexico.”

In the sections that follow, we’ll explore four of the key questions medical device makers should ask when determining whether to nearshore or offshore.

Where will the final product be sold?
Perhaps the biggest consideration in deciding where to manufacture your product is where it will ultimately be marketed. If you are planning to sell a device somewhere in Asia, it probably makes more sense to manufacture it in Shenzhen, China, than in Tijuana, Mexico.

But if your final product is bound for, say, the United States or Europe, the decision is not quite so clear-cut. Bonifacio used injection molding, an area where he has a lot of experience, as an example.

“The cost difference between injection molding a part in China and injection molding it in the U.S. or Mexico is actually very small, because the labor component is so negligible,” he said. “Electricity is one of the major components of injection molding, and we all pay about the same for electricity, whether we are in China or Mexico or the United States. With many injection molded parts, there is no real savings from manufacturing them in China, unless you are doing it to supply that particular market.”

Medical device manufacturers may also benefit from nearshoring if their devices cannot be shipped efficiently. For instance, bottles, respiratory containers, blood filters, and other devices that contain a lot of air will also take up a lot what Bonifacio calls “cube space” on a ship. This can drive up the shipping costs to prohibitive levels. “Shipping ends up eating all the manufacturing savings you got in China,” he added.

In addition to shipping costs, you also need to consider shipping time. It usually takes four to five weeks to move a product across the Pacific Ocean, and sometimes longer. Plus, a long supply chain is a risk unto itself when it comes to just-in-time (JIT) production — a problem at any point in the chain can have a ripple effect. What if there is an interruption in the raw material supply chain in Asia? What about a port disruption? How much will air freighting cost to make a delayed delivery? If you need inventory to arrive in the U.S. by a specific timeframe, it may be faster, more reliable, and less expensive to manufacture and ship it from a neighboring country.

What volume is needed?
According to Bonifacio, one of the main drivers behind nearshoring’s rise in popularity was the realization that many devices that were originally outsourced to Asia should never have been offshored in the first place. The ideal candidates for offshoring are high-volume products. If you’re not making a ton of them, you are probably better off keeping the production close to home.

Take, for example, patient monitoring devices or other capital equipment that hospitals purchase once and leave in a room forever. Manufacturers will often give them to the customer for free or charge a small monthly fee to lease them. Since the OEM is not making any money on these products, and is manufacturing them in relatively low volumes, there is no point in offshoring. “If your production runs are not in the millions,” Bonifacio said, “there is very little advantage to going to Asia.”

The tubes, IVs, and other disposable products that connect the monitor to the patient — which the hospital agreed to purchase from the OEM in exchange for the cheap or free monitor — might be better suited to offshore, since they will be produced in far higher volumes and are more profitable.

Disposables are not the only product well-suited to offshoring. “Asia does really well in the electromechanical systems [EMS] segment when there's high volume and high labor content,” Bonifacio explained. Countries like China, with their enormous, skilled workforce, are renowned for their ability to produce high-volume electronic products.

Bonifacio pointed to another industry for an analogy. “Think cell phones,” he said. “Nobody makes cell phones in North America, and it’s not just because of cost — it’s cost plus scale."

“I recall someone asking Steve Jobs at one point, ‘What would it take for you to build the iPhone in North America?’” Bonifacio continued. “Steve Jobs was very candid and said, ‘We looked at it, and it wasn't an issue of cost. It was the fact that nobody in North America had a factory with 50,000 people in it.’”

What is the bill of materials?
A common misconception with offshoring is that materials cost less in emerging markets, but that is not necessarily the case.

“The material will cost the same almost anywhere in the world,” Bonifacio told me. “You don't get any discount for buying polyethylene in China. It's a global marketplace now. We're all accessing pretty much, within reason, the same pricing on the commodity side.”

Because of this fact, one of the first things Bonifacio’s firm does when starting a new project is assess the bill of materials (BOM). If materials make up a high percentage of the manufacturing cost for a product, there may be little benefit to offshoring.

“If I look at the BOM, and the cost of the product is 85 percent material content, there is little room for savings,” he said. “Even if you stripped out all the value-add, you would still be at the same price. We try to baseline these situations and look at them holistically.”

Are you (and your employees) prepared for “Asia fatigue”?
One factor that is often overlooked when it comes to offshoring, particularly by companies that are new to it, is the impact that working with a country on the other side of the world can have on operations and employee morale. Bonifacio, who has an office in Nanping, China, calls this phenomenon “Asia fatigue.”

Most OEMs in today’s medical device industry have to deal, in some way, with customers and partners located in various parts of the world. However, making the decision to sign a long-term agreement with a contract manufacturer in Asia can mean a true upheaval in the day-to-day functioning of a company.

All of a sudden, engineers need to be available to take calls at 8:00, 9:00, or 10:00 in the evening, for example. Instead of sitting down with their son to watch a movie or help their daughter with homework, they are jumping on a conference call.

“Who wants to do that?” Bonifacio asked rhetorically. “At the end of the day, you've got to be real. I talk to executives and CEOs about that a lot, because you can't discount it. I have heard engineers say, ‘I'm done. I don't want to deal with Asia any more. I don’t care what the savings is.’ It's just another thing you need to think — and talk to your staff — about.”

There are tactical concerns, as well. It should go without saying, but all communications with the supplier are delayed by 12 hours or more. For instance, when you send an email, be prepared not to get an immediate answer. You have to be prepared to experience such issues in order to manage the program properly. In addition, the ease of visiting or auditing a facility in Tijuana versus China can’t be overemphasized.

Which type of outsourcing is right for you?
The decision to offshore or nearshore is a complex and weighty one, but asking the right questions and taking a broad and long view is a good start. Many medical device manufacturers simply assume that China is cheaper, but you really need to look at the total costs — fuel, volumes, currency rates, market growth rates, etc. — and remember that these costs may change. (In fact, even if you are already nearshoring or offshoring, you should periodically review such costs.)

In some cases, the right choice may not be one or the other, but both. “It’s not an all-or-nothing decision,” Bonifacio explained. “You may want to use a blended strategy, where you sell and manufacture version A of the product in North America, and sell and manufacture version B — with some minor tweaks — in the Asian market. We are seeing a lot more of this type of dual source strategies.”

What other questions are important to consider when making the offshore/nearshore decision? Please share your opinions and experiences in the Comments section below.