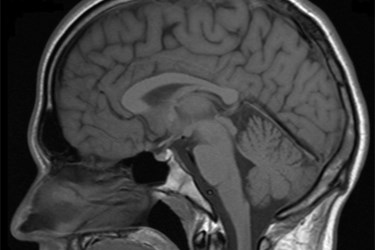 Historically, it was only possible to identify concussion-related brain diseases during autopsy. With a new neuroimaging technique developed by researchers at the Mt. Sinai School of Medicine, however, it is now possible to detect those diseases while a patient is still alive — an advance that may allow treatment before it’s too late.

Chronic traumatic encephalopathy (CTE) is a disease that was originally seen in boxers and retired football players. Symptoms like memory loss, depression, and violent outbursts characterize the disease, which has also been seen in hockey players and soldiers exposed to too many blasts. Evidence of this neurodegenerative disease was once only discovered during autopsy after a patient’s death, but according to a recent press release, a new method can detect it much earlier.

The study published in the journal Translational Psychiatry, describes the new method in detail. A protein called “tau” is the target of a new label called [18F]-T807, which is designed to attach to the tau protein molecules. Once they localize to the tau molecules, the label is visible using positron emission tomography (PET).

"Our data suggest that PET imaging using the [18F]-T807 tau tracer is an effective method of diagnosing or ruling out chronic traumatic encephalopathy in a living brain," said Samuel Gandy, M.D., director of the Center for Cognitive Health and NFL Neurological Care at the Icahn School of Medicine at Mount Sinai, in the press release. "Estimates of the prevalence of CTE have varied wildly, with the most recent figure coming from the National Football League who predicts that one in three NFL players will suffer significant brain damage. We can now begin to test this while the players are still alive. Moreover, we are now equipped to tell prospective athletes of all ages some real data on the risks that accompany sports involving repeated traumatic brain injuries."

Development of CTE seems to be caused by structures called “tangles”, which form within nerve cells in a process called “tauopathy”, according to the press release. Evidence of the disease includes symptoms of dementia, which accumulate over many years. These symptoms are similar to Alzheimer’s disease in some ways, but the new study indicates that they are caused by different mechanisms.

The [18F]-T807 tau tracer is specific to tauopathy and allows it to be distinguished from Alzheimer’s, according to the press release.

Other recent developments have been focused on understanding the functional effects of neurodegenerative diseases. Recently, as reported in an article published on Med Device Online, nanowires were used as electrodes to identify signaling in diseased neural cells.