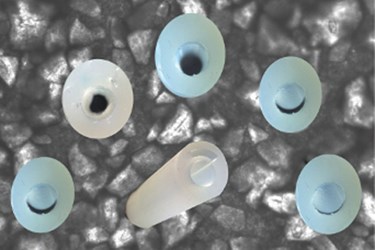 Researchers at Duke University’s Pratt School of Engineering believe they have developed a technique for effectively clearing out the dangerous biofilms that frequently form inside catheters, a development that could significantly reduce the number of infections associated with catheter use.

“There are more than 30 million of these [catheters] used every year,” Vrad Levering, a Ph.D. student involved in the research and development project, said in an article published by Duke’s website. “And for a technology that has changed very little in 50 years, the problem [of biofilm infections] is kind of atrocious. We hope we have found a solution.”

In order to clear catheters of biofilms — colonies of bacteria that build up inside catheters that can quickly become host to other infectious bacteria or lead to catheter leakage — the team of engineers devised a way of stretching the catheter in order to shake loose the clinging biofilm.

The group designed a catheter that includes, in addition to the primary urinary duct, an adjacent narrow channel through which liquid or air can flow. When this happens, the narrow wall separating the urinary duct from the narrow channel flexes, and the cylindrical shape of the main urinary channel is temporarily distorted. The distortion shakes loose clinging biofilms, which are then washed away by the flow of urine through the catheter.

“A biofilm is like a city that protects and harbors harmful bacteria,” said Levering. “Our solution is like an earthquake that demolishes the infrastructure, leaving the rubble to be easily washed away by a flood of urine.”

Infection caused by biofilms is a widespread problem associated with the use of catheters. According to the article, there is nearly a 100 percent chance of infection or some other biofilm-related complication within four weeks of having a catheter implanted.

Details of the project have been published in the most recent issue of Advanced Healthcare Materials.