New "Realities" In The Life Sciences And Health Care Industry 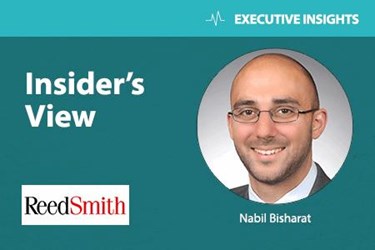 Virtual reality (VR) and augmented reality (AR) technologies have been around for some time, though the public at large tends to think of them only in the context of video games and smartphone applications. However, both technologies have much more to offer than just new forms of entertainment, and no industry has done more to put VR and AR technologies to use than the life sciences and healthcare.

From allowing specialized surgeons to better train the next generation of medical providers to providing a potentially drug-free way to reduce — or even eliminate — surgical pain, VR and AR technologies are helping to push the life sciences to new heights.

What Are These Technologies?

“Virtual reality” refers to a computer-generated simulation of an artificial, three-dimensional environment that can be interacted with, or manipulated by, a user through the use of specialized equipment. Such equipment includes gloves or controllers fitted with electronic sensors, or helmets with built-in screens, and sensors that can track the user’s eye and head movements. The technologies combine to create an immersive experience, one in which a user’s sense of sight and touch effectively allow them to control the environment that the computer is generating around them. In popular culture, VR often is shown as a form of entertainment, one in which a user puts on a helmet and gloves, boots up a video game system, and then plays a game in which the user’s every real-world movement allows him or her to manipulate the digital world.

“Augmented reality” refers to technology that overlays computer-generated text, images, or videos onto a user's actual view of the real world. A common example of this technology is in passenger vehicles that integrate heads-up displays (HUDs), superimposing information on the dashboard or windshield for a driver’s immediate attention (e.g., noting when a car is over the speed limit or running out of gas). However, the most common use of AR technology can be seen in the myriad smartphone applications that allow a person to add images or text to a photo or video they are taking, in real time (e.g., SnapChat). Meanwhile, last summer’s Pokémon Go! phenomenon has shown just how addictive (and profitable) mobile phone games that use AR technology can be.

VR technology in surgery has been in place for over a decade,[1] but recent advancements in the technology allow doctors and specialized surgeons to better train the next generation of medical providers in the skills needed to perform complex medical procedures.

Last year, for example, cancer surgeons at The Royal London Hospital broadcast the first operation to be streamed live in 360-degree video, thereby allowing medical students (and the public at large) to follow how the surgeon removed a cancerous tissue growth from the bowel of a patient in real time.[2]

Focused training in emergency situations is another area where virtual reality enables teaching opportunities. For example, the Royal College of Surgeons in Ireland developed a fully interactive VR training simulator to put medical students in the shoes of an emergency department trauma leader working to treat a car accident victim.[3]  Students must assess the patient, make fast-paced decisions, and then successfully perform the surgeries necessary to save the victim’s life.

Drawing blood is one of the most basic components of medical treatment, but the needle also happens to be one of patients’ most-feared medical tools. Moreover, just about every person reading this article will likely recall at least one instance where a nurse struggled to find a “good” vein, with the result being several uncomfortable pricks to the skin. Companies like AccuVein[4] and organizations like the Australian Red Cross’ Blood Service[5] are working to help eliminate the guesswork by using infrared and AR technologies to image a person’s veins on their skin, thereby allowing nurses and phlebotomists an easy means to locate the best vein.

More impressive still is the ability to place such digital overlays on surgery patients in real time. TouchSurgery[6] is just one of the companies working to bring AR to the operating room: it recently announced[7] development of tools to put its training programs for surgical procedures (normally completed on a mobile phone or tablet) onto “smart glasses,” like DAQRI[8] and HoloLens.[9]  If the initiative is successful, surgeons could operate with digital assistance (e.g., anatomic mapping) and instructions overlaid on the patient in real time.

One of the most exciting ways VR technology has been put to use is in pain management. As chronicled in The Atlantic earlier this year,[10] VR technologies have been used by doctors around the world to effectively “distract” patients before, during, and after surgical treatments via immersion in idyllic environments. The result is a substantial reduction in the pain symptomologies associated with the procedures each patient has endured.

Although still in its relative infancy, this technology has the potential to reduce costs and recovery time, as well as complications associated with anesthesia and other pain medications. What is more, it introduces the possibility that VR technology can be used to harness the human brain and its sensory capacities to address other medical and psychological conditions, including drug addiction and post-traumatic stress disorder.[11]

The applications discussed here provide a mere snapshot of the numerous ways VR and AR technology are being applied in the life sciences and healthcare space. Of course, new applications are always in development, and not all prospective uses find their way into mainstream use. Nonetheless, rapid advancements are on the horizon and, as the cost of these technologies continues to drop and the public’s familiarity with them increases, it only is a matter of time before doctors and patients alike are exploring healthcare problems – and solutions – in virtual and augmented reality.

Nabil A. Bisharat, Esq. is an attorney in the Life Sciences and Health Industry practice group at Reed Smith LLP’s Los Angeles office. He represents clients in product liability and civil litigation matters. Mr. Bisharat also is a member of Reed Smith’s Virtual Reality and Augmented Reality Task Force and a contributing author to the firm’s upcoming white paper, Augmented and Virtual Reality: Emerging Legal Implications of “The Final Platform”.