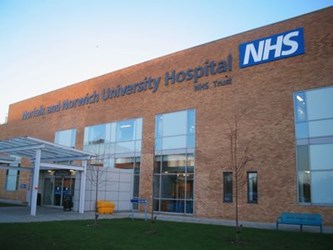 The U.K.’s Department of Health has pledged over $6 billion toward its latest efforts to digitize the National Health Service (NHS). New initiatives will seek to overhaul existing digital systems, pushing toward a paperless health system and greater integration of remote patient monitoring. The U.K. Health Secretary’s announcement of a renewed effort comes amidst mounting pressure for the NHS to cut costs and address the security issues that have flawed previous digital roll-outs.

A plan to digitize the NHS was originally announced in 2002 by the Labor party, reported the BBC, but that effort was scrapped after the U.K. spent over $14.5 billion. In 2013, Health Secretary Jeremy Hunt challenged the NHS to pick up the effort again to become fully digital by 2018, a plan he claimed would improve care and save the NHS $5.8 billion if the NHS could learn from previous mistakes.

In a speech three years ago, Hunt said, “The NHS cannot be the last man standing as the rest of the economy embraces the technology revolution.”

Of the $6 billion, $1.1 billion is allocated for “out of hospital care” and remote monitoring solutions that will digitize social and emergency healthcare. Another $2.6 billion will move all paper records into a centralized electronic records system, and $578 million will be used to overhaul the NHS website and to provide free Wi-Fi access to all NHS buildings.  $1.45 billion has been earmarked to address concerns about cybersecurity in the electronic records system and NHS smartphone apps, said the BBC.

In a recent speech, Hunt said he expected 25 percent of NHS patients with chronic illnesses such as diabetes and heart disease to be monitored remotely by their doctors by 2020, and by 2017, he expected 10 percent of patients to access routine visits with their primary care doctors through computers or smartphones.

“We know that proper investment in IT — it’s not without its pitfalls — can save time for doctors and nurses and means they can spend more time with patient,” said Hunt.

One of the most critical potential pitfalls of a digital health system is cybersecurity, and IT experts have voiced concerns that the timeframe outlined by Hunt is not sufficient to fully address the issue. In a 2015 report, researchers found that 69 percent of apps they tested in the healthcare sector had critical security flaws, and since then only 43 percent of the flaws had been addressed.

IT expert John Smith told InfoSecurity that a majority of apps were not able to handle the data encryption one would expect from systems that handle highly sensitive information. Any vulnerabilities, said Smith, “could be an easy target for cyber criminals wishing to damage the NHS or profit from the wealth of sensitive data it holds.”

As part of Hunt’s strategy to correct past errors, he has enlisted Bob Wachter, a professor from the University of California, San Francisco (UCSF) who specializes in both the advantages and concerns of a digitalized health system. Wachter is currently working on a report — expected to be published in June — that will analyze NHS computers systems and highlight areas for potential improvements.

The BBC recently reported that U.K. patient satisfaction with the NHS had dropped to 60 percent, down from 70 percent reported in 2010, and the most commonly cited complaint was long wait times. A spokesman from the U.K.’s Department of Health remarked that the NHS was strained due to the pressures of an aging population.