Overcoming The Demand Standoff: How To Help Speed Adoption Of Innovative Medical Technology 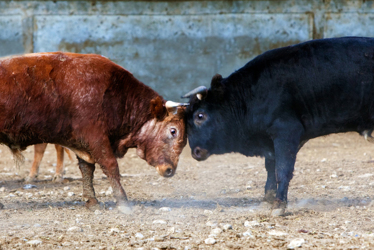 Physicians and insurers serve as agents of change in a complex system of the introduction and adoption of new and breakthrough technologies in healthcare. And yet, they are also subject to a chicken and egg stalemate that can block the utilization of those breakthroughs. Despite new breakthrough technologies being cost-effective and easy to use, as well as helping patients avoid surgeries, rehabilitation, and opioid exposure, many patients won’t get the coverage they need to access it due to the peculiarities of the physician–insurer relationship.

In this article, we share our lessons learned with sam, our wearable sustained acoustic medicine technology. More than 20 clinical studies over the last decade have shown sam to be an effective treatment for conditions from knee osteoarthritis to knee and ankle tendinopathy to upper back, shoulder, and neck pain. Studies also show it to be a cost-effective treatment compared to other options. Since being cleared by the FDA in 2013 for prescription use, sam is gradually being adopted by physicians and approved by insurers, but its adoption has been slower than it should be for a proven breakthrough technology. Like countless other innovations, sam is being held up in favor of tried-and-true options that may not be in the best long-term interests of the patient. So how can medical device developers help healthcare systems get innovations like this into widespread use?

The Chicken And The Egg

Doctors want to do their best for their patients, to not only do no harm but to treat to the best of their ability. But they often are unable to use that best treatment method with all of their patients because of a dysfunctional relationship between doctors and insurers.

Insurance providers want to see doctors prescribing a new treatment before they will start paying for that treatment. They want security that they are funding a technology that is proven effective -- even if that technology promises cost savings. Doctors, however, are reluctant to prescribe treatments, like those involving new technology, that insurers don’t cover, because then, only patients with the financial means to pay out of pocket can afford the treatment. Doctors can advocate for that coverage, but it requires the extensive time and effort of justifying the new technology, which can mean treatment plans, letters of medical necessity, and paperwork from both the doctor and the medical device provider. In all, it can mean hours and hours of work, with little expectation of success.

Large companies with major private equity backing get around this roadblock by spending tens of millions of dollars to essentially give away medical devices or treatments, covering the costs of doctors and equipment to build utilization and eventual insurance industry coverage. For that reason, most innovation comes not from small companies but from billion-dollar businesses like Medtronic and Phillips.

For patients, the result is that they are treated differently based on their financial means and insurance coverage. This has unfortunately become commonplace across the United States and has led to a significant healthcare disparity. The reason, simply, is that doctors will not prescribe a treatment if insurers won’t cover it, because no one gets paid. And insurers won’t cover it unless doctors demand it. It’s a vicious circle that leads to a stagnation of innovation. We can start to break it by generating demand.

If pain medications and physical therapy have been unsuccessful, physicians often turn to either unsustainable treatments like cortisone injections or to invasive realignment or replacement surgeries that require challenging rehabilitation. The physician-insurer circle keeps them from using breakthrough technologies that are effective and cost-effective and that also can make healthcare better and more affordable. And by reducing opioid use, these technologies reduce costs to society from lost productivity, addiction treatment, and the criminal justice system. Getting to that solution requires education, and that is in the hands of the healthcare community.

Generating awareness among physicians is essential to getting new technologies covered by insurance providers. If more medical professionals were better educated on the patient benefits of using these new technology technologies and their ability to provide healing results and relief from pain without medications or invasive surgery, demand would increase. As medical device developers, we know that. The question is, how best to do it?

At ZetrOZ, we’ve learned that people get their educational content from all different types of media. A live WebX meeting is not the be-all, end-all; you need to have a holistic perspective on content generation and content platforms and meet people where they are. We’ve created web-based learning portals and offer continued medical education programs with direct in-person learning. We provide lunch-and-learns and direct education with small practices. We do direct outreach to insurance carriers. We also advertise in journals and on television. We’re on social media like Facebook and LinkedIn. In short, you want to be any place where someone might be interested in having 15 minutes to learn a little bit more about what you can offer to patients.

The Evolving Landscape Of Financial Incentives

The next target, and the most difficult, is the financial incentives in the healthcare systems and the resulting dysfunction. Insurers do exert some pressure to choose lower-cost options. But in general, patients rarely see the value in lower-cost but equally effective options, and doctors and hospitals have every reason to choose the higher-cost option. Fixed costs and fees can change that, by pushing surgery prices down, limiting profits, and making other treatments more attractive economically.

It’s important to note that those cost structures also stifle innovation. Developing new technologies comes with a high price tag, and unless insurers will cover those technologies, innovators will disappear and patients will suffer. That is regardless of whether the new technology has better outcomes and is more cost-effective      or whether it is simply better for patients even though its costs are higher.

While the healthcare world is often wary of government, legislation can play an important role. Bills like the NOPAIN Act (S. 586), which stalled in the last Congress but was recently re-introduced in the Senate, are a model. Currently, Medicare pays hospitals the same amount regardless of whether a physician prescribes an opioid or a non-opioid for pain care. Hospitals typically choose opioids, which patients usually get from pharmacy after discharge, which has little or no cost to the hospital. The bill calls for directing CMS to provide separate Medicare reimbursement for non-opioid treatments used to manage pain in both the hospital outpatient department (HOPD) and the ambulatory surgery center (ASC) settings.

In essence, it would essentially redirect spending from opioids for acute pain management to other treatments, including technologies that are both supported by clinical trial data and with Food & Drug Administration approval, like sam and many other options.

The bill would make reimbursement for those qualifying devices similar to the amount a hospital traditionally pays for a device under transitional “pass-through” status. The bill is awaiting a hearing from the Senate Finance Committee, and a companion bill is expected to be filed in the House. Medical device manufacturers can support this bill by contacting the senators and representatives from their state, and that outreach is crucial. When ZetrOZ contacted our local congressman, he was unaware of the bill and its intent, but after our conversation he said he was on board.

The forces that hinder adoption of innovative medical devices do seem daunting, and dramatic change to the system seems distant. However, makers of medical devices should be encouraged because innovation in the long run is irresistible, and sometimes small changes can build to a tipping point. About a year ago we had a conversation with a patient who was stunned that her prescribed treatment with sam was denied. The patient was a claims manager for an insurer.

As physicians add our industry’s breakthrough technologies to their toolkits, they bring incremental change to the healthcare system. We know that more and more people will need the treatment offered by medical innovation, and whether that patient is a claims manager or a CEO, they will want that innovative treatment, not the cheaper treatment that is less effective or more invasive.

If we as medical device developers continue to innovate to educate and press for change, people will not settle for what the system has been doing for the last 50 years. Both physicians and insurers will recognize the incentives to adopt these innovative technologies, and demand from both may shift healthcare from its stalled cycle to innovation and progress.

George K. Lewis, Ph.D., is the president and CEO of ZetrOZ Systems, a medical device company headquartered in Trumbull, CT and global leader in non-invasive soft tissue healing technologies. He currently serves on the Veterans Health Administrations Research and Rehabilitation Review Board and on the Orthopedic Foundation Board of Directors, and he was previously a Presidential Life Science Fellow and a National Science Foundation Fellow. A prolific author of peer-reviewed articles, he has also filed over 60 global patents and has raised millions of dollars to support healthcare innovation commerciality. He earned his degree in biomedical engineering from the University of Miami and his doctorate in biomedical engineering from Cornell University.