Patent Strategy And The Internet Of Medical Things 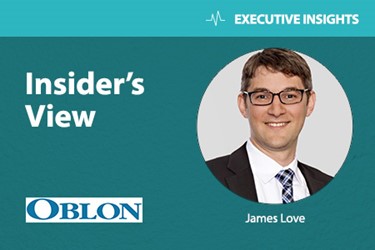 Significant growth in the Internet of Medical Things (IoMT) market, along with ever-evolving improvements in this technology, have led to a significant increase in notoriety and industry interest in this once unknown sector. In fact, various estimates1,2 have predicted the IoMT market will balloon as high as $150 billion in the next three years, with the greatest growth expected in Asia, where the growth of hospitals and the medical industry in general is expected to fuel investment connected medical technologies.

As investment in the IoMT increases, new technologies and techniques will need to be protected as intellectual property. Not only must new IoMT patents make it through the typical granting process, the market’s size suggests that post-grant challenges may become increasingly common.

In this context, it is important to consider the best way to patent and protect IoMT inventions and technology. This can most easily be accomplished by cleverly drafting the patent application so that the claims and specification consider and address critical issues including infringement, subject matter eligibility, means-plus-function, and written description.

IoMT devices are, by their nature, designed to work with a system by connecting many devices in a way that makes the whole greater than a mere sum of its parts. However, when drafting claims to cover IoMT devices, infringement and divided infringement, in particular, should be considered. Because many devices in the system may be made or used by different parties, it is important to draft the claims from the perspective of a single device, such as from a controller or server.

For example, consider a hypothetical medical device — referred to here as “S-Pump” — that assists with blood flow in the body. In this example, the product is covered by a patent having claims written from the perspective of a device that attaches to the wearer. For instance, imagine one of these claims describes a function alerting a care provider when three consecutive readings of blood pressure are outside a predetermined threshold. Such a claim could be written from the perspective of the device by reciting, “sending an alert from a device to a care provider if the device obtains three consecutive readings of blood pressure that are outside of a predetermined threshold.”

This contrasts with a claim written from the perspective of the care provider, which recites, “receiving an alert at a care provider if a device obtains three consecutive readings of blood pressure that are outside of a predetermined threshold.”  This strategy allows a patent owner to more easily enforce claims even when divided infringement exists.

Subject matter eligibility is another issue that often arises when attempting to patent IoMT inventions. Because IoMT devices often rely on sensors and software to operate, claims directed to these features may have issues regarding abstract ideas. Without careful drafting of the claims and the specification, it may be difficult to argue that the claims are not abstract, or are directed to significantly more than the abstract idea.

One way to improve patent enforceability relevant to subject matter eligibility is to explain in the specification how the IoMT device solves a particular problem in the healthcare realm. By framing the description as a technical solution to a specific problem, the applicant will greatly increase their chances of overcoming or avoiding subject matter eligibility issues with regard to the invention.

Returning to the S-Pump example: by describing the problems care providers have in monitoring blood flow in patients while also providing them freedom of mobility, the applicant is provided with tools needed to address a subject matter eligibility challenge. In addition, reciting a practical application in the claims will strengthen the claims and mitigate potential subject matter eligibility issues.

For instance, the applicant could include a step of alerting a care provider or administering a pharmaceutical in response to a certain condition detected by the monitoring in the claims for the S-Pump device. This type of clear practical application will help ensure a patent claim covering the invention will be held to be subject matter eligible.

Means-plus-function issues also are likely to arise when writing claims for IoMT. In particular, the nature of IoMT lends itself to more often describing claims by function than structure. When drafting means-plus-function claims, nonce words, such as “means,” “module,” “unit,” or “member,” are often used. Because these terms have been held to have non-structural meanings in the art, they may result in the claims being interpreted as being mean-plus-function. However, while nonce words are required to initiate the means-plus-function analysis, the description of these terms in the specification must be specific enough to avoid invalidation for indefiniteness.

In particular, the specification must be specific enough so that one of ordinary skill in the art would be able to ascertain the corresponding structure, and potentially the algorithm, from the description. For example, an independent claim for S-Pump might describe a means for detecting an anomaly in a physiological signal. In describing what comprises the means for detecting, it is necessary to adequately describe in the specification what structural element, such as a CPU, is performing this function, and the algorithm executed by the CPU. By systematically linking the hardware and algorithm to the means-plus-function term — such as “means for detecting” — the claims are better able to avoid mean-plus function problems.

The growing market for IoMT and the particular nature of patent applications directed to this field necessitate a review and a refocusing of patent drafting strategies. To protect IoMT inventions, the drafter must be keenly aware that the nature of these inventions often lends itself to vague language. Thus, the drafter can purposefully avoid vague language by drafting the patent from one perspective, by listing concrete solutions that the invention provides to clearly articulated problems, and by using specific, clear language to describe the invention.

By drafting the patent application in this way, an inventor can ensure that the patent is held valid both at issuance and during post-grant attacks, and that it protects the invention from future infringement.

James R. Love is a partner at Oblon, McClelland, Maier & Neustadt, LLP in the firm’s Electrical Patent Prosecution practice group. He manages and prosecutes patent applications for clients in many fields, including computer software, medical devices and processes, artificial intelligence, and computer hardware. Mr. Love may be contacted at (703) 412-6051 and jlove@oblon.com