Philips Healthcare Eyes Acquisitions Worth Over $1B 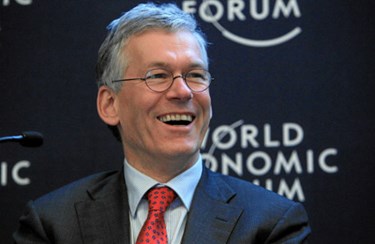 Philips Healthcare is looking to scale up its operations in digital health services and is focusing its R&D efforts on informatics and wearables. CEO Frans van Houten recently told Bloomberg that Philips was eager to grow and anticipates spending billions on large acquisitions and/or smaller deals.

Philips announced plans in 2014 to tighten its focus on healthcare by splitting the company in two and selling off its traditional lighting business, which was set up in an initial public offering (IPO) last month. According to Bloomberg, proceeds from the sale of the lighting business will be used to pay down debt from the acquisition of Volcano Corp. and to jumpstart Philips HealthTech.

Philips HealthTech’s future growth will be in the “personalization of healthcare” and product offerings that merge hardware, software, and services together, according to van Houten. In a worldwide study conducted by Philips, researchers found that 69 percent of 25,000 patients surveyed wanted access to their own health data and felt confident that they could manage it.

Pieter Nota, head of Philips personal health unit, told Bloomberg that despite some skepticism by care providers, connected health solutions would be mainstream within the next decade.

By entering the informatics market, Philips will have to compete with the industry’s largest players in informatics — such as IBM, Alphabet (formerly Google), and Apple — which have all recently entered the healthcare segment and are developing connected health solutions.

“It has not escaped us that other competitors have also identified health as an attractive market place. Clearly there’s no room for complacency,” van Houten told Bloomberg. “I continue to be the guy who has a lot of fire in the belly to make sure we continue to grow.”

Van Houten told Bloomberg that potential acquisitions could be as large as the $1.2 billion deal in 2014 to takeover Volcano Corporation, and the company may also pursue smaller deals. Sources last year speculated that Elekta AB and Varian Medical Systems may be targeted by Philips for acquisition in the near future, but van Houten said no deals were underway at this time.

Marcel Achterberg, analyst at Bank Degroof Petercam in Amsterdam, told Bloomberg that growth in traditional healthcare technology “isn’t that great,” and valuable takeovers in informatics were likely to focus on technology from startups.

Smaller businesses are less bound by historical conventions and have a more innovative structure, said Karen Taylor, research director for Deloitte U.K. Center for Health Solutions, in the Bloomberg article. “These new companies … identify things that work and then get them quickly adopted,” she added.