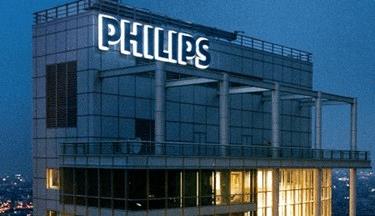 Royal Philips says that emerging markets are leading the way in adopting connected health technologies, and most healthcare providers in these countries expect interconnected devices to become ubiquitous in the future.

The inaugural edition of Philips' Future Health Index (FHI) study assigned 13 countries between 0 to 100 points based on three indices: healthcare access (across the health continuum); integration (of health system); and adoption (of connected care technology devices and systems). Focusing on these three areas, the company asked 25,000 patients and 2,600 healthcare professionals about their countries’ perceived state of readiness to connected technology, which could provide a clearer picture of overall health as interconnected devices transmit health data beyond the hospital walls.

Even though just over half (58 percent) of healthcare professionals in emerging markets agreed that patients have access to treatments, versus three-quarters (76 percent) of healthcare professionals in developed markets, FHI data revealed that emerging economies were most ready to adopt connected technologies. At the top of the list is the United Arab Emirates (UAE), which achieved the highest score in the index with 65.3, while The Netherlands and China posted scores of 58.9 and 58.1 points, respectively. Interestingly, developed countries Germany and Japan received some of the lowest scores in terms of readiness, at 54.5 and 49.0, respectively. In the middle of the pack were the United States and the United Kingdom, with 57.4 and 56.4 points, respectively.

Even though emerging markets currently lack healthcare infrastructure, this could work in their favor, as they may be able to leapfrog over developed markets by quickly adopting cutting-edge device technologies and systems.

"What you typically see in emerging markets is that people have basically nothing and that is a big disadvantage," Frans van Houten, CEO of Royal Philips, told DotMed HCB News. "But that also means they have no legacy, and legacy is often in the way of adopting new technologies."

Unsurprisingly, younger people often adopt these technologies best: More than half (57 percent) of patients aged 18-34 reported owning or using at least one health monitoring device, and one-quarter (25 percent) feel they are knowledgeable about connected care technology, versus 14 percent of those aged 55 and older, according to the index. The proportion of "digitally native" patient population worldwide will increase as they age, and so will interconnected devices proliferate.

Van Houten has said that the "personalization of healthcare" will drive Philips’ future growth as it strives to become a health-centric company, with integrated healthcare solutions covering the whole continuum of care, from homes to hospitals. The company is counting on younger patients to make the push for more access to their own health data.

"Patients want access to data, and many providers... are skeptical," Van Houten said in an interview with Reuters, citing results of the survey that showed almost three-quarters (69 percent) of patients feel they have the knowledge to manage their own health effectively. However, less than half (40 percent) of healthcare professionals agree.

Van Houten told Reuters he believes that "change was inevitable, despite concerns over privacy and cybersecurity," because younger patients and healthcare providers will be more than willing to share data.

Pieter Nota, head of Philips' personal health unit, expects connected healthcare to become mainstream in the next decade, reports Bloomberg. “It is already existing today and it will start to play a major role in the course of the coming years,” he said in a conference call recently.

The company's survey indicates that both patients (69 percent) and healthcare professionals (85 percent) believe integrated health systems and connected technologies can improve the quality of care, and most doctors (88 percent) agree that integration can have a direct positive impact on population health management.

After setting up an IPO for its lighting business last month, Philips looks to go full steam ahead with HealthTech, which expanded by 5 percent during the first quarter and drove comparable sales growth up 3 percent to €5.5 billion. The Connected Care & Health Informatics segment grew 9 percent, lifted by double-digit growth in sub-segments Patient Care & Monitoring Solutions, and in high single-digit growth in Health Informatics. Van Houten told Bloomberg that health informatics is a target market for Philips as it looks for billion-dollar-plus acquisitions in the coming months.