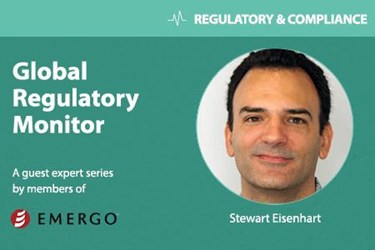 Publication of draft European medical device and IVD regulations in June ended months of well-informed speculation as to what the new Medical Device Regulations (MDR) and In Vitro Diagnostic Regulations (IVDR) would contain. More importantly, it addressed how changes to CE Mark certification requirements will impact manufacturers selling — or seeking to sell — their products in one or more European Union (EU) member states.

Although publication of the MDR and IVDR in their final forms is unlikely to occur before early 2017, companies now can map out transition and compliance plans with more certainty. Here, we’ll discuss some of the crucial considerations that firms should be weighing in the meantime.

A key question among many manufacturers active in or planning to enter the European medical device market is when MDR/IVDR compliance will go into full effect, as well as when and how to start preparing for compliance with the new regulations.

The MDR is expected to be fully implemented by early 2020. But first, the text of the new regulation must be formally translated into the languages of all EU member states, followed by formal publication of the MDR’s final version, which Emergo anticipates by early 2017.

After formal publication of the MDR, European regulators will initiate a three-year transition period, during which medical device companies will need to gear up for compliance.

The IVDR will take longer to come into full effect; following translation and formal publication of the regulation by early 2017, there will be a five-year transition period for IVD manufacturers.

It remains to be seen whether the UK will adopt the MDR and IVDR into national law after its June 23 vote to secede from the European Union.

What About Existing And Pending CE Mark Certificates?

Given the MDR/IVDR transition and implementation timeframes, how are current and pending CE Mark certificate holders affected?

Device manufacturers whose CE Mark certificates are obtained ahead of final MDR implementation in 2020 will remain valid for a maximum of five years, according to the test of the new regulation.  Firms should be aware, though, that all CE Mark certificates issued before final MDR implementation will automatically expire four years after the MDR goes into full effect (roughly in 2024).

For foreign medical device and IVD manufacturers that have no physical presence in Europe, establishing a partnership with a European Authorized Representative is crucial (and required) for CE Mark certification and successful commercialization.

Under Europe’s current medical device and IVD Directives, Authorized Representatives act as liaisons between foreign manufacturers and national Competent Authorities. Authorized Representatives play a major role in dealing with both premarket and postmarket compliance and regulatory issues on behalf of manufacturing clients, and that role will continue under the new MDR and IVDR.

However, one change under the new regulations may have significant ramifications for how quickly or easily foreign manufacturers may find and establish partnerships with Authorized Representatives. Namely, the MDR will hold Authorized Representatives jointly liable, along with manufacturers, in cases where devices sold on the European market are found to be defective.

By now, news that European Notified Bodies are required to conduct surprise quality inspections of their manufacturing clients has received lots of press. The MDR and IVDR codify significant changes to the business relationships between Notified Bodies and their clients — shifting from “industry partners” to something more like “policing bodies.”

Such changes already have begun to affect Europe’s Notified Body sector in ways that device manufacturers should comprehend while preparing for MDR and IVDR compliance. Already, the number of Notified Bodies officially accredited to audit medical device companies in accordance with European regulations is dwindling as the rigors of new responsibilities mandated by unannounced audits and the upcoming MDR and IVDR become known. In other words, manufacturers are likely to have fewer Notified Bodies to choose from and to partner with for CE Mark certification, quality system inspections, and related functions going forward.

Indeed, Emergo consultants in Europe report that some Notified Bodies already have begun turning prospective medical device clients away due to lack of capacity, and that more vigorous quality system inspection requirements are creating backlogs at these entities.

Fewer and busier Notified Bodies will mean longer lead times for inspections and CE Mark certifications, so manufacturers currently selling in Europe would do well to contact their Notified Bodies to get a sense of how long it may take to gear up for MDR/IVDR compliance. If a manufacturer’s preparation for compliance involves longer lead times for its Notified Body — or necessitates finding and hiring a new Notified Body — then that three-year transition period will need to be managed even more carefully.