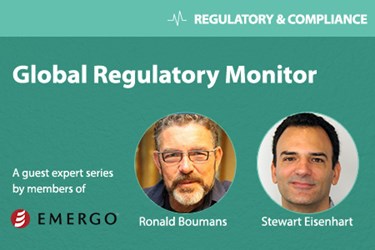 When European lawmakers and regulators first indicated plans to overhaul legislation on how the union oversees medical devices and in vitro diagnostics (IVDs) in 2010 and 2011, industry participants knew such changes to the world’s second-largest device market would be anything but sudden.

Indeed, the wait for final legislation, referred to as the Medical Device Regulation (MDR), from European commissioners continues. But as time has passed, industry observers are gaining a clearer picture of the new requirements the proposed legislation will impose on manufacturers selling in Europe. While no final decisions regarding the MDR have been made, manufacturers can now make more educated guesses regarding issues including the Eudamed medical device database, a key component of the European medical device regulatory system.

The European Database for Medical Devices, or Eudamed, serves as a repository for information on medical devices collected by competent authorities and the European Commission. Under current European law, only these parties may access Eudamed.

Under proposed new regulations for medical devices and IVDs, however, Eudamed access would expand to include a wider array of market participants including notified bodies, Medical Device Coordination Groups (MDCGs), economic operators such as manufacturers and authorized representatives, non-European market regulators, and public entities such as medical institutions and press organizations.

The proposed new iteration of Eudamed will also feature more breadth and depth of medical device data to facilitate more transparency in terms of where in Europe devices have been distributed and which parties are responsible for those products. Beyond information pertaining to manufacturers, notified bodies, and competent authorities, data would include:

Of course, such a system must first be successfully mapped out and implemented before it can begin to facilitate what European commissioners have in mind. Both technical and political issues will require careful attention in order for the new Eudamed to succeed.

Technical challenges include the need to align any UDI data in Eudamed with the UDI system currently in use by the U.S. Food and Drug Administration (FDA), to deploy technology adequate to support a huge number of users including 25,000 EU-based manufacturers, and to support migration of millions of medical device records from the “old” Eudamed database to the new one.

Beyond technical issues, though, the EU consists of 29 member states, most with their own languages.Although the new Eudamed system will feature multi-language capabilities, all users will have to accept a single language in order to access levels of the database such as free fields. Political decisions at national and commission levels will have to address such challenges.

Launching the new Eudamed database first requires full adoption of the new European MDR. Although the European Commission anticipates adoption of the new regulations in September 2016, negotiations among regulators, lawmakers, and member states could continue beyond that date. Indeed, if no agreement among negotiators can be reached on the regulations, then the entire Eudamed project will also be jettisoned.

But, assuming European member states do agree to adopt the new regulations, there will be a transition period of three years for compliance. Within that three-year transition, Eudamed developers would finish the database project, conduct rigorous testing, and provide stakeholders with access to the new database. If, as planned, EU member states do adopt the new MDR in late 2016, that could mean that developers will have the new Eudamed database in beta testing by spring 2018, operational by spring 2019, and then fully functional by autumn 2019.

MDR: What Happens Next?

If development and implementation of the new Eudamed depends on when (or if) the MDR is finalized and adopted across the EU, that raises the question: What is the status of negotiations regarding the proposed new regulations?

A series of technical and political negotiations on the MDR continue. The Netherlands, which currently holds the rotating chair of the EU, has set a goal of finalizing these negotiations by mid-2016. However, Dutch officials acknowledge that in order for their effort to succeed, a variety of contentious issues still have to be addressed: device reprocessing, genetic testing, liability insurance, and classification rules, for example.

If the Dutch are able to make headway with MDR negotiations, that will not necessarily lead to outright adoption of the new regulations. Instead, any headway made in the next few months would lead to a second, and (if necessary) third reading by the European Parliament of the MDR, each with specific time limits — three months for a second reading and then eight weeks maximum for a third reading.

In other words, if all goes as Dutch officials have planned, we will know more about what the MDR does and does not contain, and how it will impact industry, no sooner than summer 2016. The waiting game continues, but possibly not for much longer.

Ronald Boumans is senior global regulatory consultant at Emergo, based in The Netherlands. He serves as member of the Future Eudamed Steering Committee and represents Emergo in the European Association of Authorised Representatives.