4 Reasons Why Device Makers Should Pay Close Attention To India

As American medical device companies look overseas for new opportunities, they see exports languishing in Russia due to political risks and Brazil’s economy slowing. Most manufacturers have invested heavily in understanding China, and many have already established a direct presence in Shanghai, Beijing, or Hong Kong. This leaves India as the last frontier among the so-called BRIC countries, and an especially attractive one after last week’s elections, in which a strong, pro-business prime minister was chosen in an unprecedented mandate.

Although healthcare giants such GE, Philips, Siemens, and BD (Becton, Dickinson and Company) have a significant presence in India, the market still remains poorly understood by most medtech companies, and is often served by remote offices in Hong Kong, Singapore, Dubai, or even London and Boston. While Indian buyers continue to be more price sensitive than their Western brethren, this sweeping generalization obscures profitable opportunities that are worthy of further examination by nimble American executives.

In our consulting engagements with American medtech companies looking to profit from India, we see four new trends that merit viewing India through a unique lens.

1. Attractive Shifts In Payment Models
Insurance and third-party payments in India were a minor factor in decisions to implant stents and pacemakers, in addition to decisions by hospitals and clinics to buy capital equipment. But there are two new thrusts that device makers and suppliers need to consider going forward. First, several state governments in India, such as Tamil Nadu and Karnataka, now provide Medicaid-like coverage through private insurance companies, where the state pays the premium for the indigent. While coverage is limited, this can open vast markets for devices fine-tuned or de-featured to meet the unique conditions of Indian patients and clinics. Second, private insurance offered via corporate health plans and to micro-entrepreneurs has grown from under 1% to almost 6% of the population from 2008 to 2013. And future growth will be impactful, considering that there are 1.2 billion people in India and the economy just overtook Japan in overall gross domestic product (GDP) measured in purchasing power parity (PPP) terms.

2. Increasing Demand For High-Quality Medical Technology
The trend to make world-class medical technology and supplies available first emerged in India via corporate hospitals in large cities such as the Apollo Hospital in Chennai, which was started by returning Indian American Dr. Prathap C Reddy. Today, hospitals and clinics in second-tier cities such as Ahmedabad, Nagpur, Jaipur, Vijaywada, Ludhiana, and Coimbatore have also begun to demand top-quality equipment and disposables. This has already benefited cath lab, vascular intervention, magnetic resonance imaging, and other product categories, according to Arvind Savargaonkar, who runs Concept Integrations in Pune. He expects this trend to spread to pathology, emergency care, and many areas of primary, secondary, and tertiary care.

3. Emerging Opportunities In Federally Funded Healthcare
Historically, new American entrants have avoided purely government-funded initiatives such as control of malaria, tuberculosis, and polio. But with federal funding of healthcare as part of GDP set to double in India by 2020, there are targeted opportunities for breakthrough technologies even in this sector. For example, California-based Cepheid Inc. offers a molecular diagnostic test for tuberculosis and the multi-drug resistant tuberculosis (MDRT) bacteria. The cartridge-based test is being offered via a special understanding with the Bill & Melinda Gates Foundation. If a pilot at the All India Institute of Medical Sciences in New Delhi is successful, India’s federal health ministry may roll this out nationally.

4. Growth In Private Healthcare Systems And Facilities
Investment in healthcare in India is being driven at multiple levels. There are now 12 publicly listed hospitals and hospital chains in India offering nearly 17,000 beds. The most internationally well-known is Apollo Hospitals, which owns 38 hospitals with 8,200 beds and a staff of 18,000. Even larger is Fortis Healthcare, which operates 61 facilities with 5,200 beds and 22,000 employees, according to their latest annual report. Private investment from foundations and equity firms is another major driver funding large entities such as Narayan Health in Bangalore and the Asian Heart Institute in Mumbai. At the other end of the spectrum, individual physicians and physician groups have built out an estimated 30,000 to 40,000 neighborhood, in-patient facilities called “nursing homes” that spread over India’s top 500 cities. Nonetheless, this segment of small hospitals, defined as less than 50 beds each, constitutes a vibrant and collectively large market, constituting two-thirds of the total beds in India.

Although there are opportunities for medical technology companies of all sizes, those with revenues between $50 million and $5 billion are the most ripe to explore India more deeply than they have so far. While there are seldom quick wins in India, companies in this category can methodically introduce a small set of products into India’s Tier 1 and Tier 2 cities. If the market is given enough attention with a focused approach and the right partners, medtech companies will thrive in this new and growing market. 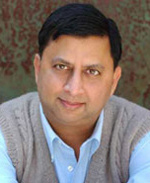 Based in Los Angeles, Gunjan Bagla is managing director of Amritt Inc., a California-based consulting firm focused on helping American companies to succeed in India. His clients include Covidien, Roche Diagnostics, BD, Nordic Naturals, Johnson & Johnson, Gojo, and many more. Gunjan spoke twice at the MD&M West Conference in Anaheim in February, and in 2013 he was on the keynote panel at MEDevice San Diego and IMDI in Ahmedabad, India.

Gunjan’s work on innovation and India has been featured in the Harvard Business Review. For his India expertise, he has appeared in The New York Times, the Los Angeles Times, and The Washington Post, and on Bloomberg TV, BBC Television, and Fox Business News. He also writes about India for the Huffington Post and was quoted twice in Forbes magazine this week. Gunjan has an MBA from Southern Illinois University and a mechanical engineering degree from the Indian Institute of Technology (IIT) Kanpur in India. 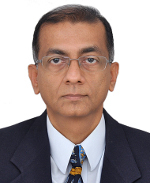 Based in the New Delhi area in India, Rajnish Rohatgi is a senior advisor for Amritt’s Medical Technology Practice. He spent over seven years building BD’s medical surgical business in South Asia. Rajnish has over 25 years of marketing, sales, and leadership experience in India and Africa in the healthcare, medical device, and consumer sectors. This includes a stint as VP of marketing for Max Healthcare, a leading hospital chain in North India.

Among his key accomplishments at BD was pioneering a customer-centric segmentation strategy followed by tight tactical execution to win against low-cost local competitors. At Max Healthcare, Rajnish developed one of the first branding strategies for a healthcare provider in a market where the only brand had been the physicians themselves. Rajnish has an MBA from the Indian Institute of Management Calcutta (which was established by MIT’s Sloan School) and a bachelor’s degree in metallurgical engineering from IIT Kanpur.