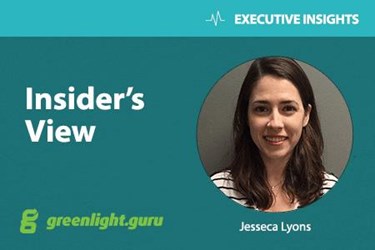 After the countless hours spent putting together your 510(k) submission, the last thing you want – or expect — is to get a rejection letter from the FDA. However the odds are against you — between January and June of 2015, 69 percent of 510(k) applications were rejected their first time.

Here are four reasons why your 510(k) submission might get rejected, and some tips on what you can do to avoid making these mistakes.

Reason 1 — You only include testing summaries, not the full protocols and reports.

At one point in time, the FDA accepted submissions with just summaries of the testing. In some instances, you might even have leveraged existing testing, such as existing biocompatibility data for the same materials and processes. But, that has changed in recent years. More submissions are being rejected because the full testing protocols and reports weren’t included.

In August 2015, a guidance document was released that specifically states that submission of full test reports is crucial. If the FDA is using a word like crucial to describe full test reports, it’s a safe bet that summaries just aren’t cutting it any more.

You already have performed the testing and written the report – you might as well just go ahead and include it upfront, instead of being asked for it later.  By including the report in your initial submission, you will save yourself time and stress.

Reason 2 — Your device’s indication for use is not substantially equivalent to the predicate device.

Also, although it might seem like a great idea to be more specific on the disease state, that actually can be harmful to the submission.

Circling back to “Reason 1,” make sure you include all of that testing, and not just a summary.

Reason 3 — You don’t include certain information (or give a reason why it wasn’t necessary).

The Refuse to Accept (RTA) checklist is extremely helpful when compiling your 510(k) submission. It literally is a checklist of what needs to be included. But, what happens when a part of that checklist isn’t applicable to your device? Can you just check “N/A” and leave it out?

Let’s say, for this example, that your device doesn’t have software. There’s a section in the RTA checklist about software, so can you just skip over it? Not a chance. You still need to acknowledge that the requirement exists, and include a brief rationale explaining why the section is not applicable to the device.

Remember, you have been involved in every minute detail of the device’s development, explored every nook and cranny. To you, it’s obvious why you didn’t include certain sections, but it might not be so obvious to the FDA reviewer. For example, it might seem incredibly obvious that a device without software wouldn’t undergo software testing, but it might be much less obvious for a different section, such as shelf-life. That’s why you need to acknowledge each and every section, even if it’s just a sentence to say that the section is not applicable.

Reason 4 — You don’t use the latest version of a form.

Go find any procedure in your quality management system (QMS) and look at the bottom of it. Almost every medical device QMS document features a statement on every page that says something to the effect of “check to make sure this is the latest version.”

Within our own organizations, we constantly are trying to get people in the habit of going to the source to find a document, instead of saving and using a local copy. When it comes to the forms for a 510(k) submission, you should be doing just that. Always go to the source and get the latest version of the required forms. To make this easier, the FDA provides a list of all of the forms, including the date they were updated, that you might need for medical devices.

If you aren’t using the most up-to-date forms in your 510(k) submission, be ready to fill them out a second time, after your submission is rejected during the administrative review period.

While a high percentage of FDA 510(k) submissions are rejected the first time, yours doesn’t have to be one of them. It doesn’t take a lot of extra effort to make sure you are using the latest form, or to add a “not applicable” sentence to a section. Take your time, review your submission using the RTA checklist as a guide, and you’re unlikely to be rejected for one the reasons discussed.

For more information on this topic, provided by a former FDA reviewer, a free webinar is available here.

Jesseca Lyons is a Customer Success Expert at greenlight.guru and a mechanical engineer by trade who loves working with cross functional teams, including both engineering and non-engineering disciplines. She’s spent most of her career gathering and defining requirements for new product design and development in the medical device industry. She believes the best part of being an engineer and working at greenlight.guru is that she can use her skills to help customers and make a positive impact in their lives.