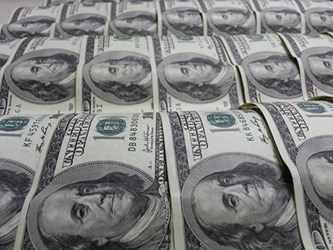 A recent report from market intelligence firm Evaluate Ltd. projects the global medtech market to grow 4.1 percent annually between 2014 and 2020, reaching $477.5 billion by the end of the decade. In addition, Medtronic is expected to overtake Johnson & Johnson as the largest medical device maker in the world by 2020.

According to the report, "EvaluateMedTech World Preview 2015, Outlook to 2020," the worldwide medical device market will grow at a compound annual growth rate (CAGR) of 4.1 percent annually through 2020, pushing total industry sales to $477.5 billion. Johnson & Johnson (J&J) remained the market leader in 2014, with $27.5 billion in sales and 7.3 percent market share. In second place was Medtronic, which posted sales of $20.3 billion with a 5.4 percent market share in 2014.

However, Medtronic's $49.9 billion acquisition of Covidien in early 2015 will help Medtronic surpass J&J starting this year, according to the report. Since the merger, Medtronic had been active in M&A deals, acquiring 11 more companies worth a total of $1.6 billion. By 2020, Medtronic is set to be number one in total sales, earning $34.9 billion. According to Evaluate, J&J will slip to the second spot, followed by Siemens, Roche, Becton Dickinson, Stryker, Abbott Laboratories, General Electric (GE), Danaher, and Philips.

In terms of R&D expenditure, Medtronic is forecast to become the biggest spender among device companies by 2020, investing $2.5 billion that year after growing at 7.2 percent CAGR between 2014 and 2020. J&J, Siemens, Abbott, and Roche round out the top five biggest R&D allocators by 2020, according to the report. Overall, global R&D expenditure by medtech companies is estimated to increase 3.5 percent yearly to $29.5 billion in 2020.

Megamergers characterized 2015, led by the Medtronic-Covidien deal in January. Other notable deals include Becton Dickinson's purchase of CareFusion in March and the Zimmer-Biomet merger in June. Evaluate reported that total medtech M&A deal values rose 166 percent, to $84 billion, in the first half of 2015. By 2020, the top ten device companies will have a 35 percent stake in the worldwide market, with $166 billion in combined revenues.

"A huge wave of consolidation crashed over the medtech industry in 2014 and early 2015. While megamergers are still occurring, with luck the immediate future will bring a steady stream of smaller tuck-in M&A deals too," wrote Ian Strickland, Product Manager, EvaluateMedTech, and Elizabeth Cairns, Medtech Reporter, EP Vantage, in the report foreword.

"In combination with an increase in FDA approvals for innovative devices, these trends should reward the companies developing the best and most useful technologies," they added.

Evaluate said the U.S. Food and Drug Administration (FDA) granted 33 first-time device approvals – PMAs, HDEs, and PDPs – in 2014, a 43 percent increase over the 2013 total (23). Medtronic earned the highest number of approvals and clearances in 2014, with 831, more than twice what second-place Boston Scientific, with 396 approvals, was granted. FDA approved 30 first-time PMAs and three HDEs in 2015 (through Aug. 31), compared to 20 first-time PMAs approved in the same period last year. Cardiology devices accounted for more than one-third of all PMA approvals. There have been ten 510(k) de novo approvals over the same time period.

By device area, Medtronic's purchase of Covidien solidified its leadership in cardiology, and the company is projected to corner 21.4 percent of the market segment by 2020. Roche is expected to continue dominating in vitro diagnostics, which is set to become the number one device area in 2020, with sales of $67.3 billion. J&J will hold on to the top spot in the orthopedics market by 2020, claiming one quarter of the market segment, followed closely by Zimmer-Biomet, which is expected to surpass current second-place Stryker.

Neurology takes the top spot as the fastest-growing device area, with sales expected to rise by 6.9 percent annually between 2014 and 2020, hitting $9.5 billion in 2020, according to the report.

Venture financing fell 14 percent, and venture deals dropped by 13 percent, in the first half of 2015. Likewise, initial public offering (IPO) activity decreased in 2015 compared to 2014.