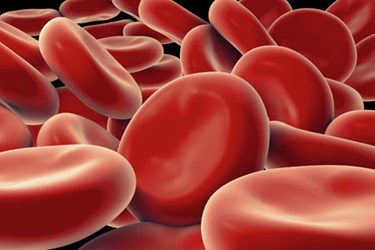 Traditionally, oncologists rely on sophisticated medical imaging and surgical biopsies to detect cancer in likely symptomatic patients. When detected, cancers are often at an advanced stage, which make them tougher to treat. To improve clinical outcomes, researchers are trying to catch cancer sooner by detecting cell-free DNA biomarkers from ruptured cancer cells. Because cell-free DNA can be found in the blood stream, patients can opt for a liquid biopsy — essentially a blood test — rather than undergo a more invasive surgical biopsy.

In a press release, Alberto Gutierrez, Ph.D., director of the Office of In Vitro Diagnostics and Radiological Health in the FDA’s Center for Devices and Radiological Health (CDRH), explained, "Approvals of liquid biopsy tests make it possible to deliver highly individualized health care for patients. Liquid biopsies also have the potential to allow physicians to identify patients whose tumors have specific mutations in the least invasive way possible."

Liquid biopsy technologies have the potential to revolutionize cancer diagnostics. Yet FDA has scrutinized companies developing liquid biopsy blood tests because of accuracy concerns. The agency has revised its regulations that would require these tests to be approved before entering the market, which could be worth as much as $10 billion per year by the end of the decade.

FDA approved Roche's Tarceva (erlotinib) drug in 2004 to treat patients with locally advanced or metastatic NSCLC after failure of at least one prior chemotherapy regimen. In 2013, it approved it for the first-line treatment of patients with metastatic NSCLC with tumors having EGFR exon 19 deletions or L858R substitution mutations as detected by an FDA-approved test.

Now, Roche has announced that its liquid biopsy test passed muster with FDA, which approved Roche's cobas epidermal growth factor receptor (EGFR) Mutation Test v2 for use with plasma samples, as a companion diagnostic for Tarceva. The test is the first FDA-approved genetic test that can detect epidermal growth factor receptor (EGFR) gene mutations, which are present in about 10-20 percent of NSCLC patients, reports Reuters.

"The FDA approval of the cobas EGFR Mutation Test v2 for liquid biopsy for diagnostic use sets a standard in testing for NSCLC patients," said Uwe Oberlaender, head of Roche Molecular Diagnostics, in the company announcement. "The approval of the test for use with plasma samples means patients who previously could not be tested now have a testing option for personalized healthcare."

According to the American Cancer Society, about 80-85 percent of lung cancers are non-small cell lung cancer (NSCLC). The National Cancer Institute estimates 221,200 Americans will be diagnosed with lung cancer, and 158,040 will die from the disease this year. Lung cancer patients who are too sick, or for some other reason unable to provide a tumor specimen for EGFR testing, may benefit from Roche's liquid biopsy test, meaning more patients can now receive first-line therapies.

"The advent of liquid diagnostic platforms in non-small cell lung cancer is truly a game changer in the diagnostic workup of advanced stage patients. The ability to both isolate and genetically interrogate tumor DNA from a simple, minimally invasive test that can subsequently inform treatment decisions is a win for both physician and patient," said Dr. Benjamin Levy, MD, Director of Thoracic Medical Oncology, Mount Sinai Health Systems and Hospital. "These platforms have the potential to expedite care and potentially circumvent an otherwise cumbersome process of procuring tissue (biopsy) often fraught with complications and complexity."