Scientists And Engineers – Why The Divide? 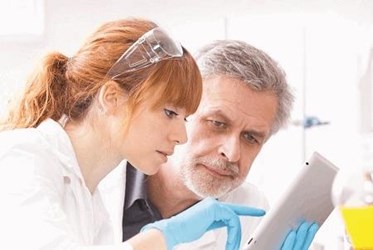 Having a role that gives you exposure to device development inside a pharma company can be illuminating. Historically, drug-makers (scientists) and device-makers (engineers) have not gotten along, and each typically has existed autonomously. But, with the explosion in biologics and biosimilars, the convergence of these two competencies has escalated.

So, why does a divide exist between these disciplines? At a core level, beyond just drug delivery devices, why is it so difficult for companies to bring to market true combination products? Why are there so few drug-eluting stents, a decade after drug-eluting stents became successful?

Sure, there are cultural and systemic differences: the educational and career paths are different, as are the quality systems and regulatory paths. These incongruences have built up a wall between the two groups.

“The reason most pharmaceutical companies struggle with innovation is because they don’t understand the differences – and potential similarities – between the two sides of the business (drug and device). They don’t talk to each other. The systems are too different on each side,” said Chris Eustace, VP of Device Quality Operations at Pfizer.

But, as you dig a little deeper and better understand each group’s approach, the issue may be something simpler. Engineers and scientists look at the human body, and see its problems, in different ways.

Engineers see the human body as a machine. It has plumbing, electricity, and various complex structures. Break a leg, go the hospital and they add structural support. If arteries become constricted, they go in and prop them open. Problems with the heart or brain are treated by running some form of electrical current to the impaired area.

In the case of the scientists, they see the human body as a series of chemical reactions in which there are large amounts of biological and chemical diversity. Starting with that perspective, biopharmaceutical companies attack a medical problem by introducing a chemical entity. The process is like introducing a key to a bunch of different locks: they know which lock they want to unlock, but they are not sure how many other locks are going to be affected in the process. Unfortunately, the scientific-vs.-mechanical approach has created a hierarchy, with scientists looking down their noses at their engineering counterparts.

Another aspect feeding the rift is that most device risk is back-loaded. In other words, unlike pharmaceuticals — where failures may be common, but those failures usually occur early in development — most delivery device failures occur very late in the development process. Thus, negative perception (thinking engineering is a simpler intellectual task than drug brewing),  combined with seeing device products fail late in development, has proven damaging to the overall manner in which engineering is viewed within combination product development.

A philosophical difference, though, may be the most severe cause of dissension:  “If developers focus primarily on how the drug is formed (and not include the device), that might impact their timeline. These are cross-company differences that can really impede your progress. You need to develop the understanding that each group probably knows something the other does not, and then ensure they hold hands the whole way to get the best outcome,” shared Susan Neadle, head of the Janssen (J&J) Combination Products Centre of Excellence.

Finally, the professional disagreements may grow out of basic human nature. As is the case with many companies, large and small, some people think everybody else’s job is easy, and only their job really is difficult. It probably is one of the greatest challenges in successfully developing delivery devices within a pharma company: how to build an organization and educate people that the chemical and mechanical contributions to a combination product are equally vital.

With the rise of home use, drug makers will need to shift focus from front-end development to back-end delivery and user experience. Patients no longer are happy with painful or difficult-to-use delivery devices. Payers also are demanding improved products.

Advances in delivery device designs can be a point of overall product differentiation. As such, it is time to discard the old thinking of “drug and/or device,” and to begin focusing on the goal of developing complete therapeutic systems. To succeed moving forward, drug companies need to figure out how to build strong internal device organizations, embedded parallel to their pharmaceutical operations, closing the divide.