Seeking Simultaneous Regulatory Approval In The U.S. And The E.U. — A Human Factors Perspective 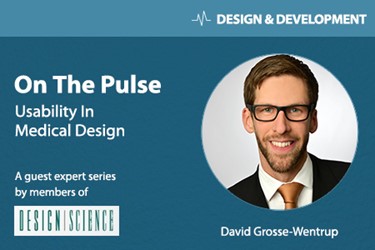 Bringing medical devices and combination products to market is a complex endeavor. This is further complicated by the need to meet specific regulatory requirements applying to diverse markets, as these devices typically are intended for global commercialization. For many manufacturers, the United States and Europe are the regions with the highest priority. While there are certain similarities, both markets have distinct jurisdictional and regulatory requirements that must be considered.

The most beneficial approach will vary depending on the manufacturer’s strategy, which is influenced by numerous factors, such as the manufacturer’s location, time constraints, budget, and all the other activities outside of human factors engineering (HFE) that contribute to the approval.

Knowing the HFE requirements of both domains — and addressing their differences — allows for an integrated approach to seeking regulatory approval. A simultaneous HFE approach enables the manufacturer to conduct one HF validation study and write one HF validation report, which streamlines the process, condenses the documentation, and reduces time to market, which will ultimately save money.

FDA’s 21 CFR 820.30 (Design Controls) lays out the regulatory basis when applying for a 510(k) or PMA (premarket approval) in the U.S.[i] For the E.U., the MDD[ii] states the Essential Requirements, while the recently published MDR[iii] lists General Safety and Performance Requirements. In both cases, the need for HFE is mentioned or implied, and compliance with these requirements is a keystone for obtaining regulatory approval. But different standards are used to establish — or, in the case of the E.U., “assume” — conformity to these requirements.

When defining the HFE process to gain clearance to market a device in the U.S., the FDA Guidance Applying Human Factors and Usability Engineering to Medical Devices, as well as the FDA Draft Guidance Human Factors Studies and Related Clinical Study Considerations in Combination Product Design and Development, are of highest importance. To obtain the CE Mark for market approval in the EU, the standard IEC 62366-1:2015 Medical Devices – Application of Usability Engineering to Medical Devices is used to confirm conformity to the requirements.

Looking at the FDA guidance and the IEC standard in more detail, several similarities and differences become apparent. Since both regard usability engineering as part of the risk management process, the general approaches of analyzing, evaluating, and controlling use-related risks are comparable. However, differences do exist on several levels:

Let’s look at each of these differences.

Both authorities expect similar document structure. The FDA provides a clear outline of the expected structure in Appendix A of Applying Human Factors and Usability Engineering to Medical Devices. The IEC, on the other hand, is specific about the content that should be included, but does not give a sequence or precise chapter titles that should be used. Transposing section headings from IEC 62366 into chapters of the usability engineering file is a common and sensible approach.

When it comes to the actual content, the difference between the FDA and the IEC is more apparent. There are several places where one requires information that the other does not. This ranges from minor subsections — like the information on intended medical indication and the intended patient population requested by the IEC — to substantial sections, such as the conclusion expected by the FDA at the beginning of the report which should state if the device in question has been found to be safe and effective for the intended users, uses, and use environments. The best approach to addressing these differences is to include a combined set of all relevant information that either the FDA or the IEC is requesting. This ensures minimum requirements for both authorities are met.

It also is crucial that HF researchers pay attention to the varying terms and specific definitions used by both authorities. The FDA guidance and the IEC standard do not always use the same terms and, even when they do, their definitions are not always identical.[iv] For example, the FDA’s “validation” studies are the IEC’s “summative” studies. Different terms also are used for user tasks associated with potential harm. While the IEC 62366 solely uses the term “hazard-related use scenario,” the FDA guidance makes use of terms not found in the IEC 62366, such as “critical and essential tasks.”

One of the most critical differences lies in the definitions for assessing task performance during usability studies. Both documents demand assessment and coding of each task and use step performed by study participants. When noting errors and difficulties during the studies, the IEC and FDA both use the terms “use difficulty,” “close call,” and “use error” — but the definitions differ for all three. This directly affects the coding of user performance and becomes highly relevant when assessing overall performance, as well as device safety and effectiveness.

While it is often possible to relate different terms to each other when creating combined documentation, in this case, the same terms are used, but with different definitions. To address this, a combined definition — encompassing enough to meet both FDA guidance and IEC standard, while remaining explicit enough to comply to the definitions of both documents — can be created for each term.

In conclusion, several aspects must be considered when determining an optimal strategy for HF testing and documentation for a combined approval process.

U.S. companies are advised to perform formative and validation testing in the U.S., and to use a combined U.S./E.U. documentation. Companies based in the E.U. should conduct formative studies inside the E.U., utilizing an E.U. population during testing and staying close to the manufacturer, which will keep development cycles short and cost low. The final validation study then can be performed in the U.S., using a combined U.S./E.U. documentation. In some cases, however, summative testing in the E.U. and validation testing in the U.S. can be beneficial (i.e., when fast approval is sought for either market, or when a particular study population is needed).

After considering the differences in documentation, it is possible to create one process and one set of documentation that meets both FDA guidance and IEC standard requirements. Thus, the manufacturer can choose an approval strategy that meets product goals while cutting study and documentation time and cost almost in half, as well as drastically streamlining activities — such as usability studies — necessary for the approval process.

David Grosse-Wentrup is a Senior Human Factors Engineer at Design Science, a global human factors consultancy focused on advancing healthcare technology through user research and design evaluation. After his studies in biomedical engineering and postgraduate research at the University of Muenster, Germany, as well as work for the Centre for Global eHealth Innovation (Toronto) and GE Healthcare (Wuxi, China), he joined Design Science’s U.S. office in 2016. At Design Science, David supports clients in developing and approving medical devices and combination products for the U.S and E.U. markets. He currently is leading efforts to open Design Science’s first European office in Munich, Germany.

[i] For the sake of simplicity, the influence of device classification as well as other pathways to get to market are not addressed here.

[iv] Again, disregarding differences between FDA CDRH – Center for Devices and Radiological Health and FDA CDER – Center for Drug Evaluation and Research, for the sake of simplicity.