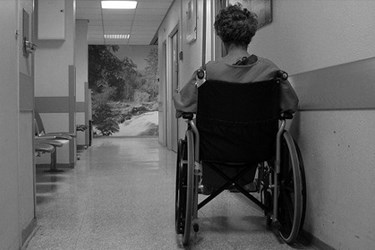 Engineers have developed a soft-robotic pair of pants that may assist the elderly or people with disabilities in regaining their mobility and independence. Researchers claim that the wearable prosthetics could give patients “bionic strength” while standing up, climbing stairs, and walking.

The team includes scientists from seven different universities in the U.K., led by the University of Bristol, to design the soft-robotic clothing. Their goal is to create a prosthetic that is comfortable to wear and easy to put on without assistance.

The team combined soft-robotic technology with 3-D printing and nanotechnology to create a reactive exoskeleton that works in conjunction with the patient’s own muscles, according to a University of Strathclyde press release. The clothing will be equipped with functional electrical stimulation and full-body monitoring technologies that can react and adapt to circumstances to provide the most suitable assistance.

According to the researchers, many devices designed with a similar purpose pose certain health risks such as poor circulation, skin pressure damage, or increased risk of falls. They believe their soft materials could alleviate these potential problems.

If successful, they claim the device could replace in-home stair-lifts and wheelchairs. Furthermore, the device could provide assistance to rehabilitation patients who are regaining their strength.

Arjan Buis, professor of biomedical engineering at the University of Strathclyde, said, “We want to help people not only to become more mobile but to have power behind their mobility. We also want to ensure they have dignity, by being able to put on this clothing themselves and not to have to change it during the day.”

A spokesman from Age Scotland, a U.K. charity devoted to assisting the elderly, spoke to the BBC in support of the project and about the ways technology might be used to assist patients with reduced mobility.

“Reliance on helpers to move around the house or get out and about can limit people’s options in the life they would like to lead so anything that increases the opportunities for independent living is positive,” the spokesman told the BBC.

This project was one among three awarded a total of $8 million by the U.K.’s Engineering and Physical Science Research Council (EPSRC) last February. According to an EPSRC press release, the robotic pants were allocated a total of $3 million to fund further development.

Phillip Nelson, chief executive of EPSRC, said the three projects would “improve patient’s lives, allow greater independence and benefit patients with a wide range of mobility and co-ordination difficulties. With the U.K.’s aging population and a rise in disabilities, this highlights one area of EPSRC investment in healthcare research which had a national impact.”