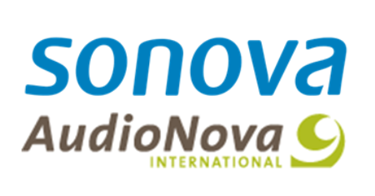 Swiss-based Sonova has acquired Dutch-based audiological solution provider AudioNova in a $953 million deal that will more than double the company’s presence in the European hearing aid market. Senior executives said the combined companies will create the largest hearing aid retail service network in Europe, with 2,580 storefronts in 12 countries.

Sonova was the winner among undisclosed bidders for AudioNova, which is currently held by HAL Investments in the Netherlands.  The deal will be finalized in the second half of 2016, and the company expects that the transaction will increase Sonova’s profitability beginning in 2017, according to a press release.

“The acquisition of AudioNova is a significant step in further advancing our strategy of offering a full range of hearing solutions along with the professional audiological services which are instrumental to achieve the optimal result for our customers,” said Sonova CEO Lukas Braunschweiler.  “I am convinced that the combination of our well-established and complementary retail networks represents a strong base for future growth.”

AudioNova’s 2016 sales are expected to top $360 million, and Reuters reports that the company sells over 300,000 hearing aids per year from different providers in nine European countries. Sonova brands — which include Unitron and Phonak — achieve roughly one-quarter of those sales, but Braunschweiler told Reuters those numbers would soon see a boost.

“Usually we bring a share of wallet in our own retail chains up to about 95 percent of our own products,” said Braunschweiler. “That’s the rule after two years, and we have about 5 percent of other products left.”

The acquisition will bring Sonova’s worldwide storefront total to 3,300 and increases competition with William Demant Holdings (Demant), which has been buying up hearing aid retailers over the past few years. In September, Demant acquired French-based Audika for approximately $192 million. Demant CEO Niels Jacobsen told Reuters that his company was not one of the bidders making an offer for AudioNova.

Frank van der Vis, CEO of AudioNova, said in a statement that Sonova is well-established and strong in the market, and that the deal will “provide us with both the knowledge of and access to state-of-the-art technologies and the financial strength to reach our potential.”

“The combination is convincing,” Braunschweiler told Bloomberg.  “We are reaching probably one of the strongest positions in Germany, we have definitely a very strong position in France and we finally get into Holland and into Poland. We are gaining back Italy.