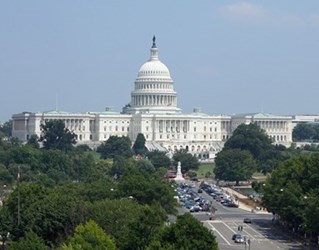 A vote could come as early as today.

This week, the U.S. House of Representatives is considering a new bill that would mean $8.75 billion investment in National Institute of Health (NIH) grants over the next five years, as well as a concentrated effort to streamline the FDA’s approach to the regulatory process by incorporating more modern analytical methods for evaluating drugs and devices.

In an editorial published in Forbes, authors argued that the NIH, which funds half of all federal basic research, has been stagnant for decades, and that the FDA process for approving drugs and devices is sluggish and out-of-date. Newer analytical methods, said Forbes authors, would go a long way toward speeding up the regulatory process.

“There are potential treatments out there that are getting held up in the approval process and patients are dying,” Joe Kennedy III (D-Mass.) told The Boston Globe.

While many believe “The 21st Century Cures Act”  will deliver much-needed therapies to patients in need and will boost the U.S.-based medical device and pharmaceutical industries, some critics are worried that the bill will weaken the FDA and may jeopardize patient safety.

If passed, the bill would make a lot of changes to a device’s journey through the regulatory process, and an article in The New England Journal of Medicine (NEJM) warns that this could compromise recent progress in regulatory device safety measures.

According to NEJM authors, the device industry, in particular, has been criticized in the past for less-than-rigorous standards, but it has made improvements that this bill would seek to undo.

“As proposed, the new law would redefine the evidence on which high-risk devices can be approved to include case studies, registries, and articles in medical literature, rather than rigorous clinical trials,” said NEJM writers. They  added that the bill also would allow a third-party company to assess the degree to which a company might make its own safety assessments for device changes — without submitting to the FDA.

Jerry Avorn, a Harvard Medical School professor and physician at Brigham and Women’s Hospital, told The Boston Globe that he did not believe the FDA process was too slow and called the bill a “fantastic free lunch” for the medical industry.

Related, Elizabeth Warren (D-Mass.) argued that any measure to lower FDA standards for drug approval drugs is a “dangerous game.

However, industry experts disagree, and many do not believe that streamlining automatically assumes short-changing, contending that an expedient process still can be deliberative.

Tom Sommer, president of the Massachusetts Medical Device Industry Council, remarked “We’re not asking for anything other than to approve safe and effective devices in a more expedited fashion.”

According to the Regulatory Affairs Professionals Society (RAPS), which conducted an in-depth analysis of the bill, this package has been in the works for over a year and has gone through many changes. The most recent version cut 194 pages of proposed text, with some of the more controversial sections on market exclusivity among those cut.

If the package is approved, the money will start to flow in October 2016.