Standard Of Care And The Internet Of Medical Things

By Joseph Honcz, Precision for Value 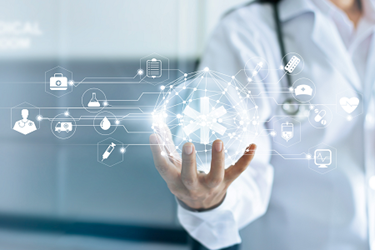 During the American College of Cardiology annual meeting in March, researchers from Stanford University, Apple Inc., and other academic centers unveiled the Apple Heart Study, a first-of-its-kind large-scale study involving more than 400,000 members of the general population (iPhone and Apple Watch owners). The goal of the study was to identify users with a potentially lethal irregular heart rhythm called atrial fibrillation (AF). The watch identified 0.5 percent of the study population, resulting in a positive predictive value of detecting AF of 0.84.1 With this high predictive value, one could say that the Apple watch is moving from fashion symbol to life-saving device. Perhaps we should take a closer look at how Apple devices and other internet of things (IoT) technologies are impacting the healthcare landscape and have the potential to impact the standard of care (SOC) in many disease states in the future.

A foundational component in establishing the SOC has been the results derived from clinical trials. The standards for a randomized clinical trials (RCTs) were first set in 1946 by Sir Bradford Hill, as he studied the effects of streptomycin on tuberculosis.2 His meticulous methods involved admission criteria, randomization, documentation, and analysis and ultimately formed the foundation for our current clinical trial design. Although innovative at the time, the traditional RCT approach set us on a path that resembles the environment of an aseptic operating suite, rather than the messy natural environment of the real world. This is not to say that RCTs don’t have a place, clearly they do, but with the introduction of the internet of medical things (IoMT) it’s now possible to marry the controlled environment of an RCT with that of an actual patient’s experience.

Globally, IoT is a network of physical devices and other items, embedded with electronics, software, sensors, and network connectivity, which enable these objects to collect and exchange data.3 Cisco Systems estimates that 5 quintillion bytes of data are produced every day (that’s 5 followed by 18 zeros), and by the year 2020, the IoT will comprise more than 30 billion connected devices. Who knows how many bytes and zeros that will be?4

A cross-industry study found that, on average, less than half of an organization’s structured data is actively used in making decisions and less than 1 percent of its unstructured data is analyzed or used at all.5 Let that sink in for a moment. A pessimist might say that we are drowning in data, whereas the optimist would say that we only need to start swimming.

In 2018, an estimated 3.7 million medical monitoring devices, representing 67 percent of the IoMT, created a massive data ocean every day.6,7 As companies and researchers learn to swim through these data currents, the opportunities for outcomes measurement will increase dramatically. The end-to-end evidence that is generated will need advanced analytics to be turned from data into information. According to Peter Drucker, information is data endowed with relevance and purpose that will lead to more connected patients, providers, and payers, enabling the healthcare system to be more patient-centric, productive, and cost-effective. Because the IoMT bridges the digital and physical worlds, it can not only monitor but also modify patient behaviors in real time to improve the management of chronic conditions.8

Consider for a moment the potential effect that combining the IoMT and a pharmaceutical could have on outcomes. It might sound futuristic, but it’s not. In 2017, a treatment delivery system combining a drug with an ingestible digital tracking system was approved by the U.S. FDA for the treatment of schizophrenia, the acute treatment of manic and mixed episodes associated with bipolar I disorder, and as an add-on treatment for depression in adults.9 In addition to the ingestible sensor, the system includes a wearable receiver patch, a mobile app, and the drug itself. Patients who have schizophrenia often stop taking their medicine, triggering psychotic episodes that can have severe consequences. While the real-world results are still being understood, some in the payer community have recently taken notice and are collaborating in an attempt to improve outcomes in a difficult-to-treat diseases.10

The outcomes of the schizophrenia study and the results from the Apple Watch study will nudge the SOC forward. It is true that the proponents and critics of the Apple study had equally enthusiastic positive and negative reactions to the study findings; however, both groups agree that technologies such as the watch and phone are viable options for data collection and data generation. It has been observed that it takes, on average, 17 years for the standard of medicine to evolve.11 The iPhone was first introduced on June 29, 2007, and it marked a significant turning point in the relationship consumers have with their phones. In the 12 years since the iPhone debut, this technology and subsequent iterations, such as the Apple Watch, have begun to realize their potential to accelerate the SOC in many disease states by providing stakeholders with relevant and actionable data.

While IoMT data will be the force that speeds up the evolution of the SOC, the potential for both revenue generation and cost containment will ensure its viability. For instance, in an Accenture survey, roughly one-third of payers saw extensive value in both administration cost-savings and customer retainment, and almost one-half saw extensive improvement in patient experience from IoMT.12 In fact, several large pharmacy benefit managers have recently launched services for their clients to evaluate health digital therapeutics, which includes IoMT, that are in the market. This is a critical step in validating that the IoMT is here to stay.

With any innovation, the most critical success factor is the “last mile,” and there are several when it comes to the IoMT. Specifically, concerns over privacy, security, and the limitations of legacy systems have been noted as impediments to broad adoption.13 Although meaningful, these impediments are solvable and are outweighed by the need for companies to ensure customer satisfaction and to remain competitive. Through either higher-quality information or changing behavior through direct interaction, the IoMT is the next wave in healthcare, and those that don’t seize it will surely be crushed by it.

Joe Honcz is the VP of Payer Access Solutions at Precision for Value. With almost two decades of experience in the insurance and managed care/pharmacy benefit management (PBM) industries, he is a recognized expert in innovation, pharmacy benefits management, and clinical strategy.