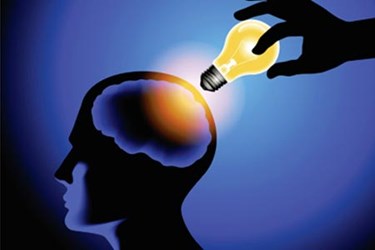 In its complaint, Stryker alleges that Medtronic conspired with Orthophoenix, a company that was founded on April 25, 2013, and the next day bought some 500 patents and applications from Kyphon — the spine company Medtronic acquired in 2007. Orthophoenix subsequently sued Stryker for patent infringement when Stryker spurned a licensing deal involving those patents.

In its statement, Stryker alleged, “Medtronic knew that Orthophoenix and/or IP Nav would attempt to extract unwarranted licensing royalties or other monetary payments from Medtronic’s competitors by threatening expensive ‘shakedown’ patent litigation and then, if unable to extract royalties, improperly asserting at least certain of those patents against Stryker and other competitors of Medtronic,” according to an article by Mass Device. “Stryker believes that discovery will show that as part of this transaction or a related transaction, Medtronic has received or will receive additional consideration for these patents based on their licensing or assertion by Orthophoenix and/or IP Nav.”

According to the documents Stryker submitted, Orthophoenix and IP Nav approached Stryker for a potential purchase and/or licensing of Kyphon patents in 2013. When Stryker declined to make a deal by asserting that the patents were invalid and/or not infringed based on legal bases, Orthophoenix sued Stryker for patent infringement in the U.S. District Court for the District of Delaware.

According to the documents cited by Mass Device, Orthophoenix contradicted Stryker’s claim that patent licensing was unnecessary and said that its claims were “strong, based on, among other things, Stryker’s own statements made in multiple submissions to the FDA that Stryker’s devices at issue in this case have ‘the same functional scientific technology, basic design, functional characteristics and the same clinical applications’ as a predicate device covered by the patents in this case.”

That prompted Stryker’s countersuit, in which the company wrote that, “discovery will further show that Medtronic conspired with IP Nav and/or Orthophoenix to assert admittedly invalid and non-infringed Medtronic patents against Medtronic’s competitors including Stryker. [T]hese 3 entities know and should have known that the claims of infringement of the patents-in-suit alleged in the complaint are objectively baseless, unreasonable, and unsupported, at least because the patents-in-suit are invalid.”

Stryker alleged that Medtronic was complicit in a “concerted, predatory, and anticompetitive scheme” against its competitors in the industry by facilitating Orthophoenix’s filing of “baseless patent infringement lawsuits,” according to court documents.

Medtronic representatives have not commented on Stryker’s antitrust allegations or on any ties or deals with Orthophoenix.