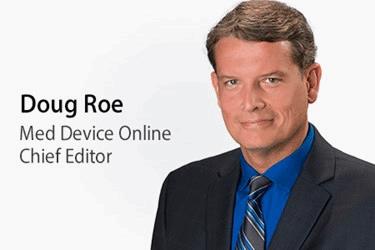 To appreciate Stryker’s purchase of MAKO Surgical, we need to jump in the time machine and travel back to the turbulent healthcare environment of 2012. Although the Affordable Care Act (ACA) was passed in 2010, it wasn’t until two events happened in 2012 that its future impact was cemented: In March, the U.S. Supreme Court upheld the law’s major provisions and, in November, President Obama was reelected.

The ACA introduced several new challenges to med device profitability.  The most direct effect came from the Medical Device Excise Tax. In 2013, the tax was imposed on the sale price, top-line revenue, of a device. The more understated — but impactful — difference was in reimbursement law. It created wide-ranging shifts in the healthcare ecosystem. The reduction in payments forced hospitals to start acting as businesses. The bottom line became as important as providing quality care. Cost-cutting was made in the supply chain. Suppliers were reduced, and those remaining were pressured to improve prices and efficiencies.

At the same time, hospitals, physicians, and other care providers were financially incentivized to create Accountable Care Organizations (ACOs). Coordinated patient care plans and value-based purchasing were rewarded. The historical med device buyer shifted from physicians to the new ACOs and other, similar buying groups. The transition from the volume-driven fee-for-service model to a measurable, value-delivered model had begun.

In late 2013, Stryker purchased MAKO Surgical and its Robotic Arm Interactive Orthopedic System (RIO). The RIO offered surgeons an interactive platform that incorporated a robotic surgical arm and a patient-specific visualization technology. The combination was designed to perform minimally invasive procedures that were more exact and repeatable. Stryker paid $1.65 billion, a high price that was questioned by industry experts at the time.

Fast-forward to today. Stryker has gone through the difficult process of training and incorporating MAKO into its existing orthopedic sales force. But the process has taken longer than expected. “Introducing a disruptive technology to an industry that has historically relied on incremental improvements to implants and procedures has had its challenges. We will continue to integrate our robotic-arm assisted technology into our existing reconstructive business,” said Stuart Simpson, VP and GM of Stryker Reconstructive Business. While 2014 sales figures of MAKO fell below the company’s conservative forecasts, “We worked through integration issues early last year, [and] by Q4 we had gained considerable momentum, which resulted in the sale of 20 MAKO robots – the highest level of quarterly-unit sales ever,” Simpson said.

To persuade the cost-conscious healthcare market to increase its acceptance of such a large capital investment (over $1 million per surgical unit), Stryker implemented a four-prong approach:

Stryker reported 2015 first-half sales of $4.8 billion, beating analysts’ expectations. Nested in those results is organic (nonacquisition) growth of almost 7 percent. The company’s Orthopedics group, which had been in decline, also had modest growth. The remainder of the year is projected to have overall net growth of 6 percent while maintaining a comparable organic growth rate.

While MAKO’s expansion into the healthcare market has been slow, the new platform potentially addresses many of the new measurables the industry needs. It should grant care providers the means to increase value delivered. Patient-specific procedures that are repeatable and precise could improve recovery time and overall outcomes, leading to lower initial procedure-related costs and reducing long-term rehab expense.

The system’s therapeutic offerings are growing and expanding, as well, therefore one unit purchase will provide multiple services. It is also part of the larger Stryker pipeline of products, so additional sourcing from a current supplier will leverage existing supply chain efficiencies.

At a time everyone was playing follow-the-leader in consolidation, Stryker took a different approach. With the MAKO acquisition, Stryker was bold enough to sacrifice short-term profit for long-term gain.