Stryker To Focus On Acquisitions, Disruption 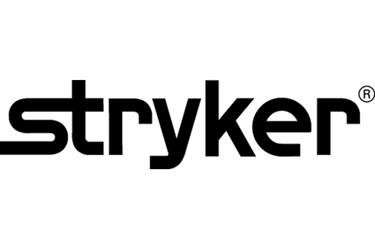 Stryker Corporation continues to consider relevant acquisitions that disrupt the market, according to remarks recently made by the company’s top executive. The comments came in the midst of speculation that Stryker will soon acquire fellow orthopedic device maker Smith & Nephew.

During Stryker's fourth-quarter earnings conference call, Stryker CEO Kevin Lobo did not comment on the rumored acquisition of Smith & Nephew. However, he said that the company is playing it by ear when it comes to acquisitions and is in no rush to consummate deals.

"The first priority for cash is for acquisitions. And obviously the timing of acquisitions is unpredictable, in that if those acquisitions don't materialize in a reasonable period of time, then we would be open to larger share buybacks,” Lobo said, according to the call transcript. “So right now, we're pursuing the acquisition deal flow, and we'll see what happens."

In October last year, the company repatriated $2 billion in cash for acquisitions in 2015, according to a recent Med Device Online article.

Anonymous sources recently claimed that Stryker is preparing a strong bid for Smith & Nephew that involves a 30 percent premium over S&N's share price. However, Stryker has neither confirmed nor denied a specific interest in S&N. Additionally, Stryker has made no comments indicating that a deal is imminent.

Regardless, Stryker has clearly been busy with its mergers and acquisitions (M&A) activity over the past several months. The company acquired MAKO Surgical Corp. for $1.65 billion in October 2013. It then bought healthcare equipment manufacturer Berchtold Holding AG in April 2014. Stryker next purchased Small Bone Innovations (SBI) for $375 million in cash three months later. Its most recent acquisition was CHG Hospital Beds, which was purchased earlier this month.

Lobo said during the call that he believes acquisitions in the medtech sector will naturally lead to disruption, albeit short-lived.

"So integrations will always create some form of disruption,” Lobo continued. “It tends not to be long-term in nature, but certainly something that we'll look to capitalize upon, as any competitor of ours would have mergers or acquisitions in their space."

Sluggish growth and pricing pressure have spurred consolidation in the orthopedics space. The largest deals so far include Johnson & Johnson’s acquisition of Synthes for about $21 billion in 2012, and Zimmer's impending $13.4 billion merger with Biomet.

Stryker announced during the call that fourth-quarter net earnings dropped 33 percent to $260 million due to product recalls and costs related to opening a new European regional headquarters in Amsterdam. The company earned $386 million, or $1.01 a share, a year ago, while sales rose 6.1 percent to $2.62 billion in the latest quarter, Reuters reported.