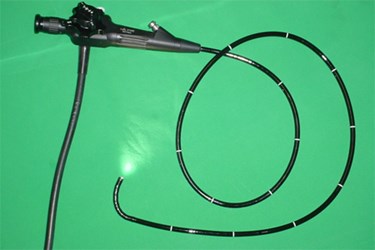 A superbug outbreak at a Los Angeles hospital that may have claimed two lives and affected 179 other patients has been linked to contaminated endoscopes. The FDA recently said that the complex design of the devices make them more difficult to clean and make it more likely for infectious agents to spread.

The Los Angeles Times reports that two people who died recently are among seven patients at UCLA's Ronald Reagan Medical Center who were exposed to a drug-resistant bacteria called Carbapenem-Resistant Enterobacteriaceae (CRE). The hospital said in the report that it notified 179 other patients treated last year that they may have been exposed to the superbug after undergoing an endoscopic procedure called ERCP, or endoscopic retrograde cholangiopancreatography. Patients have been advised to come in for testing or use the home testing kits sent by the hospital.

ERCP is used to diagnose or treat biliary and pancreatic conditions. It involves the insertion of a flexible, lighted tube through the mouth, throat, stomach, and into the top of the duodenum. The tube has a hollow channel that allows the passage of dye or other instruments used to collect biopsy samples. There are more than 500,000 ERCPs performed in the U.S. each year, according to the American Society for Gastrointestinal Endoscopy, CNN reports. The group says that there have been "fewer than 100 known cases of transmission of these problematic bacteria through ERCP."

UCLA discovered the superbug infection last month and immediately notified health authorities, according to the Times. Dale Tate, a UCLA spokeswoman, was quoted as saying that, “the two scopes involved with the infection were immediately removed and UCLA is now utilizing a decontamination process that goes above and beyond the manufacturer and national standards.”

The U.S. Food and Drug Administration (FDA) said in a recent safety alert that "that the complex design of ERCP endoscopes (also called duodenoscopes) may impede effective reprocessing." It acknowledged in the alert that "meticulously cleaning duodenoscopes prior to high-level disinfection should reduce the risk of transmitting infection, but may not entirely eliminate it."

The FDA also disclosed in the advisory that between January 2013 and December 2014 it had received at least 75 medical device reports involving 135 patients across the U.S. relating to possible microbial transmission from reprocessed duodenoscopes. The FDA added that it is closely monitoring the link between reprocessed duodenoscopes and the transmission of multidrug-resistant bacterial infections.

According to the Times, since 2012 there have been about a half-dozen outbreaks affecting up to 150 patients in Illinois, Pennsylvania, and Washington state. Last month, 11 of 32 patients infected with a CRE-like bug died at the Virginia Mason Medical Center in Seattle. Experts suspect that the “elevator channel” in contaminated duodenoscopes that doctors use to bend the device in tight spaces and contain guide wires and catheters may have harbored bacteria that have survived standard reprocessing sterilization procedures.

Two suppliers of endoscopes, Olympus Corp. and Fujifilm Medical Systems USA Inc., released statements saying that they are working with the FDA to evaluate the links between the features of their devices and the transmission of infectious agents, according to CNN.