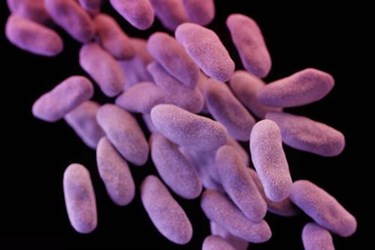 Attorneys for the victims of a superbug outbreak at a Los Angeles hospital have filed lawsuits seeking damages against the manufacturer of tainted duodenoscopes implicated in the outbreak.

Aaron Young, a high-school student, alleged in a suit recently filed in Los Angeles County Superior Court that Olympus Corp. of the Americas committed negligence and fraud when it did not update cleaning instructions of its scopes after the instruments underwent a redesign, according to Reuters. Young is still being treated for carbapenem-resistant enterobacteriaceae (CRE) infection at the UCLA Ronald Reagan Medical Center where the outbreak occured.

The family of Antonia Cerda, who died from his CRE infection, is also suing Olympus for injury and wrongful death, Reuters reported.

UCLA last week revealed that up to 179 patients may have been exposed to the deadly CRE pathogen while undergoing an endoscopic procedure called endoscopic retrograde cholangiopancreatography (ERCP) last year. The superbug infection has been linked to at least two patient deaths at UCLA.

In the suits, plaintiffs allege that Olympus’ Q180V Scope was redesigned last year to include new slots in which guidewires can be threaded into place, the Los Angeles Times reports. However, Olympus allegedly failed to provide doctors and hospital workers an “effective and validated reprocessing protocol” for the remodeled version. Instead, the company continued to provide instructions for an older model for personnel who “were not able to effectively sanitize and clean the new redesigned Q180V scope.”

“Despite the harm that can result from inadequately disinfected Q180V scopes, defendants negligently, recklessly, and with conscious disregard of the extreme risks to the public of serious infection, pain, suffering, and death, aggressively marketed and sold the Q180V scope to medical services providers across the United States and in California, including the University of California, Los Angeles and Ronald Reagan Medical Center,” the complaint reads, per the Los Angeles Daily News.

In a recent customer letter, Olympus said that its device “requires careful attention to cleaning and reprocessing steps to ensure effective reprocessing,” and that personnel must be knowledgeable and trained in cleaning per the manual provided.

Because plaintiffs felt that the medical center staff followed the manufacturer’s instructions on cleaning the device, UCLA was not included in the suit. However, plaintiffs’ attorney Pete Kaufman told the Times that UCLA and the University of California regents could be added as defendants after further investigation. He also said more patients may file suits soon.

When it announced the outbreak, UCLA said that it has adopted a more thorough gas sterilization protocol for cleaning its reusable duodenoscopes used to diagnose and treat biliary and pancreatic conditions, and that no superbug infection has been reported since.

The FDA said in a recent safety alert that endoscopes of complex design may not be thoroughly decontaminated using present sterilization practices. The agency said it is monitoring the link between reusable endoscopes and the transmission of pathogens. It also disclosed that it received 75 medical device reports of possible infection involving 135 patients in the U.S. due to tainted reprocessed duodenoscopes for the period between January 2013 and December 2014.