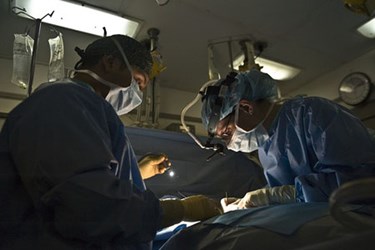 A number of gynecologists in the U.S. continue to use power morcellators, even several months after the Food and Drug Administration (FDA) issued a warning about the tools’ potential to inadvertently spread cancer.

The Wall Street Journal reported that “interviews with many doctors show that a segment of the field has dug in to defend its [morcellator] use, with more informed consent and some adaptations.” The WSJ interviewed gynecologists who believe that the benefits of using the tools outweigh the risks for patients. The report also noted that other doctors have stopped using morcellators in light of the FDA warning — illustrating the divide between practitioners on this issue.

One of the gynecologists, Dr. Jeffrey Thurston of Dallas, told the WSJ that he asks patients to sign an informed consent form that details the risk of cancer spread and puts the risk of undetected sarcoma at between one in 300 to one in 1,000. Interestingly, Thurston, who said he performs 80 percent of his hysterectomies with morcellators, told the WSJ that he tells patients that the numbers do not mean that morcellation worsens sarcoma.

"We tell them verbally that we don't think those numbers are correct," he said in the article.

The WSJ report said that pushback against the FDA’s decision is coming from major stakeholders. Specifically, the American College of Obstetricians and Gynecologists “argues that with more stringent patient selection, the device remains an important tool.”

The FDA stated in April that roughly one in 350 women who undergo fibroid surgery have an undetected uterine cancer and, if treated with morcellation, there is a risk that the tool will spread the malignant tissue.

"If laparoscopic power morcellation is performed in women with unsuspected uterine sarcoma, there is a risk that the procedure will spread the cancerous tissue within the abdomen and pelvis, significantly worsening the patient's likelihood of long-term survival,” the FDA said in its notice in April. "For this reason, and because there is no reliable method for predicting whether a woman with fibroids may have a uterine sarcoma, the FDA discourages the use of laparoscopic power morcellation during hysterectomy or myomectomy for uterine fibroids."

The agency cited in its report at least 18 studies conducted between 1980 and 2011 to support its decision to discourage — but not to ban — power morcellators for the surgical removal of uterine fibroids.

Shortly after the FDA notice, Johnson & Johnson pulled its power morcellators from the market.

“Smaller manufacturers have filled the void left by J&J, which said it was uncertain whether the device's benefits outweighed its risks,” according to the WSJ. One of those small manufacturers, Richard Wolf GmbH, “cited a gynecology association's defense of morcellation and said treatment options are up to doctors.”

The WSJ also noted that major hospitals such as Boston's Brigham and Women's Hospital and Philadelphia's Temple University Hospital have stopped using the surgical tools, and that some regional insurance companies have started to deny coverage for procedures with morcellation. Hospitals that have suspended morcellation are now doing vaginal hysterectomies and “mini-laparatomies” instead, the WSJ reported.

"As this report points out, a number of hospitals have stopped using uterine morcellation, while some insurers have ended coverage of the procedures because of concerns that they might upstage undiagnosed uterine cancers,” Bernstein Liebhard LLP, a law firm representing patients allegedly hurt by medical devices, said in a statement. “Women who are considering these types of surgeries should be fully informed of their potential risks, as well as the fact that federal regulators have discouraged the use of power morcellators in uterine surgeries."