The Rocky Road For Value-Based Orthopedic Care In The U.S. 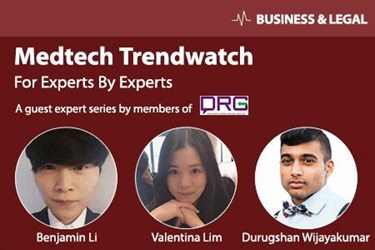 Healthcare and legislative leaders in the U.S. have made countless efforts to move away from a supply-driven healthcare system. This is attributable, in part, to an endless number of fraud cases, oversights leading to accidents and infections in hospitals, and, most importantly, dissatisfied patients. Still, a primary focus on growing procedure volumes and maintaining profit margins has remained.

Due to myriad conflicting goals among numerous stakeholders, attempts to understand the underlying strategic and structural dilemmas that counteract value for patients have evaporated continuously. Disappointment stemming from these failed attempts has created skepticism and a pessimistic view towards the future of the U.S. healthcare system.

This ambiguity in defining value for patients, combined with an increasing proportion of elderly patients in the U.S. population, has forced medtech to adapt to achieve high-value care in orthopedics. Consider that, although orthopedic practices have been evolving to meet their patients’ needs, demand for musculoskeletal care and the costs of providing such care have been far exceeding available resources. The exponential growth of musculoskeletal care demand, pitted against a relatively constant — perhaps even decreasing — number of healthcare professionals in the orthopedic industry, has made it critical to understand the economic implications of meeting rising demand and implementing a clear measure of outcomes.

As cost-containment and sustainability of care became the prime focus of the value-based care paradigm, the Centers for Medicare & Medicaid Services (CMS) in 2015 proposed mandatory bundled payments for hospital-based large-joint replacement procedures. Since then, healthcare in the U.S. has transitioned away from fee-for-service (FFS) care, moving toward value-based care that financially incentivizes hospitals and physicians to deliver improved care at a lower cost. Additionally, as an increasing percentage of patients is covered by Medicare and Medicaid, value-based payments have driven practice consolidation and vertical expansion throughout the U.S., enabling providers to better manage the cost-effectiveness of patient care without compromising quality.

In April 2016, the proposed Comprehensive Care for Joint Replacement (CJR) model was implemented to hold hospitals accountable for both the costs and quality of care provided. In fact, a recent study conducted within Baptist Health System concluded that bundled payment for procedures were “associated with substantial hospital savings and reduced Medicare payments.” If left uninterrupted, the CJR program would likely have run its course and become a precursor to subsequent bundled payment reforms, ideally incentivizing a greater focus on value of care over volume along the way. Needless to say, CMS’ plans were muddled as power transitioned from one party to another. As the world held its breath during the 2016 U.S. presidential race, so too did CMS fret over the fate of its pilot bundled payment programs.

As such, it did not come as much of a surprise when CMS recently decided to delay expansion of the CJR model. On March 21, 2017, CMS passed an interim final rule with comment (IFC) period that delayed the final rule governing expansion of episode payment models, cardiac rehabilitation incentive payment models, and subsequent changes to the CJR model. For a second time, the effective date of a final rule for CJR implementation would be delayed; this time from March 21, 2017 to May 20, 2017, with the official implementation date pushed from July 1, 2017, to Oct. 1, 2017.

Adding to the uncertainty, CMS has stated that it currently is considering delaying CJR’s expansion until the beginning of 2018. In the official IFC announcement, CMS seeks comment on “the appropriateness of this delay, as well as a further applicability date delay until January 1, 2018.” Most likely, this action indicates that CMS is appealing for more time to navigate changes outlined by the Trump administration. Seema Verma, President Trump’s pick for CMS administrator, was appointed less than a week before the IFC was released, and the new CMS team likely is exploring the implications of its predecessors’ ambitions, attempting to reconcile them with the Trump administration’s agenda.

On expansion of the CJR model specifically, Verma has publicly questioned its mandatory physician participation in Medicare pilot projects that alter the delivery and reimbursement of medical care, leaning instead towards voluntary enrollment that physicians and healthcare facilities can opt into. Tom Price, an orthopedic surgeon and the newly appointed secretary of the Department of Health and Human Services (HHS), also has taken an adamant stance against implementing mandatory bundled payment initiatives, accusing CMS as “experimenting with Americans’ health” through such programs.

Now that the dust has settled on who the healthcare authorities are, the question becomes, “What is the future of bundled payment programs?” As the Trump administration tries to repeal — in whole or in part — the Affordable Care Act (ACA), what will become of the CJR program, and how will the push for value-based healthcare be affected?

Based upon available information, it appears very likely that the CJR model’s mandatory element will be discarded in favor of a system that allows voluntary enrollment for physicians and care facilities. Though Verma and Price both struggle with the idea of mandatory physician involvement, they generally accept bundled payment programs as a positive tool for reform. Regarding procedure volume versus value, the push towards greater accountability and improved patient outcomes introduced under Obamacare will likely remain, whatever the CJR model’s future may be.

That said, orthopedic manufacturers looking to successfully navigate the U.S. market’s changing tides may find their answer in precedent. The American Academy of Orthopaedic Surgeons’ 2017 meeting affirmed that last year was defined by the adoption of bundled payment programs and value-based healthcare. On top of having the latest implants and robotic surgery capabilities, the key to success for orthopedic manufacturers is now unquestionably tied to the breadth of supporting services that manage preoperative and postoperative settings, in conjunction with actual long-term economic value.

The orthopedic business quickly is evolving from selling rods and screws per procedure towards selling collaborative solutions that help physicians and healthcare facilities optimize total episodes of care. As previously mentioned, all of the largest orthopedic competitors are pushing practice management and cost optimization programs to better position themselves as partners to healthcare facilities. While these programs are effective steps for manufacturers in a value-based environment, the incoming revisions to bundled payment initiatives may shift the onus of improved outcomes at lower costs onto implant prices themselves.

The aforementioned Baptist Health System study found that, within the bundled payment model, reduction in implant costs was the greatest contributor to hospital savings. This finding is tacitly supported by Medtronic’s new value-priced knee implant, a spoil from its acquisition of Responsive Orthopedics, and Smith & Nephew’s Syncera solution, which aims to provide similarly lower-cost hip and knee implants. Amidst policy uncertainty, focusing on actual implant pricing may in fact be the best bet for manufacturers in a value-based future.

Trauma and spine procedures have an even more arduous pathway towards value-based payment models.

Spinal surgeries look to be the next orthopedic procedure in line for value-based care implementation, as evidenced by the actions of insurance companies like UnitedHealthcare, which already has expanded its Spine and Joint Solutions initiative to cover spinal fusion and spinal disc repair, aligning those procedures with the value-based payment system applied to knee and hip procedures. In order for similar implementation to spread across the U.S., there needs to be greater control in the variable costs of patient care, such as material expenses, length of hospital stay, and rehabilitation.

For example, by performing procedures with low-cost implants, and in a less-expensive outpatient ambulatory surgical center, physicians can drastically cut down on procedure cost. The Dartmouth Atlas project, which focused on finding variances in the treatment of spinal stenosis, discovered that rates of fusion varied by a factor of 14, and differing treatment regimens resulted in 42 percent of patients returning to the hospital for follow-up surgery or treatment of complications. Standardization of such data will allow physicians and hospitals to compare analyze the data at hand, allowing them to control the quality and cost of care. Furthermore, standardizing the outcome measures that define value in a spinal procedure, and optimizing those outcomes in a cost-effective manner, will be instrumental to the expansion of reform across all orthopedic procedures.
The picture for value-based trauma care is much murkier, as traumatic injuries are unpredictable in terms of necessary care duration and type, as well as patient rehabilitation. Due to each trauma case’s unique nature and complexity, each episode of care is likely to require specialists and physicians from a range of specialties. In spite of these challenges, there are existing systems in place to increase provider accountability and improve quality of care, all while promoting cost efficiencies. For example, the National Quality Forum model incorporates information from the National Trauma Data Bank and the Trauma Quality Improvement Program to ease the transition to value-based care.

Under the Medicare Access and CHIP Reauthorization Act (MACRA), trauma surgeons already are preparing to take part in the Merit-based Incentive Payment System (MIPS). Through this initiative, they will be evaluated on quality, advancing care information, improvement activities, and resource use to calculate a composite performance score that will determine their individual payment adjustment. While MIPS adjustments will not apply to Medicare payments until 2019, trauma care providers must continue to develop their data collection and analyses to develop the quality metrics used to measure both their individual performance and overall quality of care, benefiting both trauma services as an industry and, of course, patients.

The shift to value-based healthcare is well underway. Understanding the true costs of care for various patient conditions and incentivizing physicians to achieve the best outcomes will remain key to tempering physicians’ reluctance to treat complex and high-risk patients. In the grand scheme, the result of the U.S. election is trivial, as most healthcare stakeholders believe that this transition is the inevitable future of U.S. healthcare. Although a new administration with an ambitious healthcare platform may suggest a doomsday scenario for proponents of value-based care, optimizing patient outcomes and reducing costs will always be a crucial part of any political agenda in the U.S.

The form is different, but the message remains the same.

Valentina Lim is a Senior Analyst at Decision Resources Group, where she authors Medtech 360 products for global medical device markets. Valentina specializes in a number of markets related to orthopedics, including sports medicine, trauma, orthopedic extremities, pediatric orthopedics, craniomaxillofacial, and minimally invasive spine surgeries. She holds a Bachelor’s degree of Management and Organizational Studies with honors from Western University

Benjamin Li is a Senior Analyst at Decision Resources Group, where he authors Medtech 360 products for global medical device markets. Benjamin specializes in a number of markets related to orthopedics and healthcare IT, including large-joint reconstruction, spinal implants, PACS, and enterprise data management. He holds a Bachelor’s degree of Business Administration from the Schulich School of Business at York University.

Durugshan Wijayakumar is an Analyst on the Medical Device Insights team at Decision Resources Group, where he authors Medtech 360 products for global medical device markets. He specializes in a number of markets related to orthopedics and dental, including orthobiologics and dental crowns and bridges. Durugshan graduated from the University of Toronto with a Bachelor of Science with honors.